EARL AND CEDRIC WOOLFORK: CEO AND CFO OF ONE-E-WAY

Brothers Earl and Cedric Woolfork are the CEO and CFO of One-E-Way, an electronic products design and manufacturing firm. The company has been awarded patents for “light weight wireless portable products and removable wireless audio receiver in wearable products.”

Their wireless digital audio system may be utilized with virtually any device – phone, watch, tablet, computer – with Apple, Android and Windows operating systems. However, as many independent inventors have experienced, infringers hit. And not just some mom and pop operations. One-E-Way was pirated by Sony, Apple and Beats. They ultimately won one long, hard fought court battle and are in the midst of another, alleging Apple and Beats products utilize their technology. 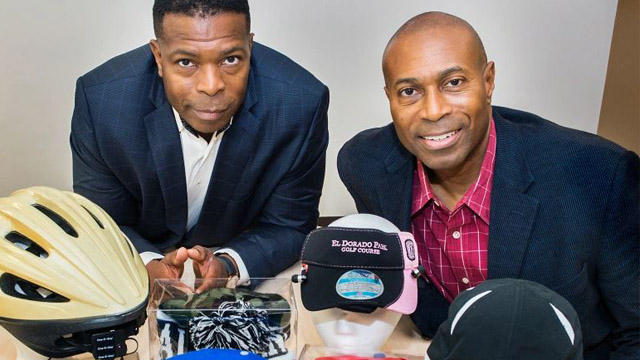 ‘In The Trenches With Inventors‘ featuring Cedric and Earl Woolfork coming soon. 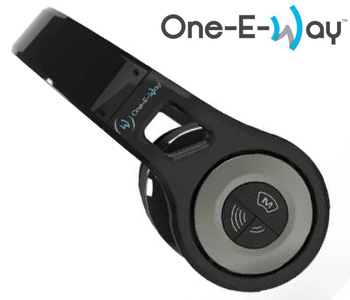 Brothers Earl and Cedric Woolfork are the CEO and CFO of One-E-Way, an electronic products design and manufacturing firm. The company has been awarded significant patents for “light weight wireless portable products and removable wireless audio receiver in wearable products.”

To start things off, the brothers developed and created the high quality wireless music that powers Bluetooth. The quite innovative idea first came to Earl in the late 1990’s while watching people traversing the stairs in Santa Monica, California.

“I’d see people going up and down exercising, and the cord was not only a nuisance but it was also potentially dangerous,” Earl explained. “So I said there’s got to be a better way to replace the cord. And not just replace it. But replace it with high quality powered music.”

Earl was an Electrical Engineering student attending the University of Southern California at the time and felt “there’s got to be a better solution.” Thus, he decided to take on the challenge of that issue he had identified at the beach.

Though it was not an easy path, the brothers weathered all of the storms and obstacles involved with the financial aspects of research and development, launching a start-up, as well as the patent landscape, itself.

As it states on their website, “We are committed to meeting the electronic needs of today’s mobile society by leveraging cutting edge technology with the objective of becoming a major participant in the wireless industry, targeting cross platform wireless business opportunities.”

One-E-Way has received eight patents for technological creations, following rigorous investigation and review by Patent Examiners at the US Patent and Trademark Office. The first of their several patents was issued in 2001.

Their wireless digital audio system may be utilized with virtually any device – phone, watch, tablet, computer – with Apple, Android and Windows operating systems. And, their products have been licensed by such recognizable names as Sony, Sennheiser, Imation and Jabra.

This is what the American Dream is all about. The “little guy” inventor disrupting the status quo with something new, something different, and being able to profit from their work, their creativeness, their R&D costs, as well as patent application investment.

However, as many independent inventors have experienced, infringers hit. And not just some mom and pop operations. One-E-Way was pirated by Sony, Apple and Beats. 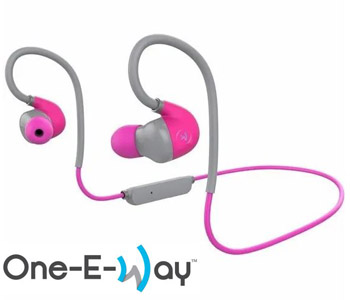 In 2014, the company alleged violation of U.S. importation and sale of certain wireless headsets that infringe one or more of their patent claims. One-E-Way initially lost as two of their patents were invalidated. They persevered. They filed suit against the ITC and, by a 2-1 vote, won in the U.S. Court of Appeals for the Federal Circuit. The decision stated that the audio output patent description being “virtually free from interference” was precise enough so that Sony Corp, Singapore’s Creative Technology Ltd and Apple Inc’s Beats Electronics would have been alerted to possible infringement.

More recently, in July 2020, One-E-Way filed a suit alleging Apple and Beats products, including the highly popular AirPods and PowerBeats models, utilize and incorporate technology that is protected by the company’s patents. One-E-Way is seeking royalties, interest and court fees in its case against Apple and Beats. The lawsuit contains correspondence during 2014 between Apple and One-E-Way which seems to make it fairly clear that Apple was aware that it was infringing on patents.

While it is certainly not clear which way this most recent case will go, Earl and Cedric have capably proven that they will protect their patents and, therefore their Dreams, from anyone. Cedric credits their parents by instilling an entrepreneurship at a young age. “Both my mother and my father played an integral role in us and where we are today.”

The brothers have given back to their communities, as well as working to inspire other minorities, especially students, to pursue livelihoods in technology and science. “When kids, especially kids of color, can see that, ‘oh there’s somebody that looks like me,’ then they can also say, ‘I can do that as well.’ And we want to inspire that,” said Earl.

One thing is made abundantly clear with the One-E-Way infringer experience: inventors and small business innovations must constantly be alert for patent theft. And, they need to possess the mental, emotional and financial stamina to fend off confrontational challenges by conglomerates and Big Tech in order to protect their patent property rights.