Gene Luoma has worked on many inventions over the years and has obtained a dozen patents. One particular invention of his went big-time. Gene came up with an easier, more effective way to unclog drains, which he named Zip-it.

Zip-it was licensed to a company with thousands of stores, and Gene was receiving significant royalties. In the licensing agreement, the licensee even agreed to help fight any companies who dared to infringe upon his patent. Everything looked good. However, the top salesman for the licensee left the company and went to a competitor that immediately knocked off Gene’s invention.

He attempted to use his patent rights to stop the infringer, but over the years it became worse, ultimately costing he and his family both financially and emotionally.

Excerpt From Ep.6 ‘In The Trenches With Inventors‘ – featuring Gene Luoma. 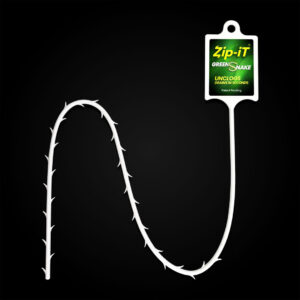 Gene Luoma isn’t your prototypical inventor. He didn’t have any high-tech laboratories or expensive science equipment at his disposal; his love of inventing came solely from necessity.

Gene grew up on a farm near Duluth in rural Minnesota with nine siblings. Money was tight and if he needed something, the only way he could get it was if he made it on his own. And he certainly did make a lot of things.

His very first invention came at about age 10 when he fashioned a can and some string to create an easier way to cut down weeds around the farm. At 14, he started falling down and noticed that his arms were getting weaker. An avid bowhunter, Gene created a lever system to make it easier for his weakening arms to pull back the bow.

What he didn’t know then was that the muscle weakness he was experiencing was actually facioscapulohumeral Muscular Dystrophy, a condition that would get progressively worse as he aged. But, rather than let those physical issues define him or deter him, Gene forged ahead and found ways to adapt to his changing physical condition.

He went to college and began a career working as an engineer at various companies where along the way he would develop a series of inventions that enhanced both productivity and profits.

Gene eventually married and he and his wife, Kathie, had three children. It was his daughter’s long hair that led to his breakthrough invention. He noticed that her hair was constantly clogging the drain and he tried everything to unclog it, to no avail.

Taking matters into his own hands, he developed an apparatus with plastic barbs made from an old, worn out plastic sled that would reach down and pull his daughter’s hair out of the drain.

It worked like a charm. It performed so well that Gene decided to see if there were any other products like it in the marketplace. Finding none, in 2000 he filed for a patent and began the process of manufacturing and selling the product on the open market. His wife dubbed the device ‘Zip-It’ and they were off to the races.

Gene signed a licensing agreement with Cobra Products Co., a subsidiary company of MASCO. A few years later, more than 12 million units of Zip-It had been sold. Things seemed to be going amazingly well.

He was incredibly grateful for the financial windfall because two of his three children had developed the same kind of Muscular Dystrophy that he suffered from and they each needed special care and expensive equipment in order to get around. Zip-It was proving to be a financial lifesaver for Gene and his family.

Things took a turn for the worse in 2011 when another company formed by a former Cobra employee released a product eerily similar to Gene’s Zip-It. Cobra filed a cease and desist against the company, GT Water, for patent infringement and never for a second thought that they wouldn’t prevail. After all, GT Water had launched a product that was identical to the one for which Gene had held a patent for years. 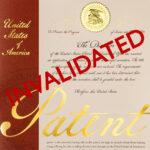 Unfortunately, it wasn’t that simple. GT Water, challenged Gene’s patent and forced him into a specialized court for patent disputes called the Patent Trial and Appeal Board (PTAB). Shockingly, all 12 of the claims that formed the basis for his patent were invalidated. And even though MASCO had agreed to share in the legal costs of defending against any patent disputes, the company disappeared when Gene needed them most, leaving him to fight against this giant corporation on his own.

Years later, the patent dispute rages on. Gene has invested virtually all of his savings with no resolution in sight. To make matters worse, MASCO stopped paying Gene royalties for Zip-It, even though the company continued to sell millions of units. MASCO even infringed on Gene’s patent and began manufacturing and selling their own knock-off of his Zip-It product.

Enter US Inventor, a Tampa Bay based organization that fosters innovation through advocacy, education and public outreach on matters of importance to individual inventors. US Inventor filed a lawsuit against the U.S. Patent and Trademark Office alleging that the USPTO has established practices and rules that ensure large, multinational corporations have an unfair and complete advantage against small, individual inventors in securing and protecting patents.

Through the lawsuit, and a subsequent restraining order the group also filed, US Inventor hopes to level the playing field that currently sees nearly 84 percent of patents invalidated with multibillion-dollar companies burying small inventors in court. US Inventor invited Gene to join their lawsuit.

US Inventor has also been providing other support and resources in Gene’s quest to have his patent dispute resolved. Policy Director Josh Malone visited Gene and his family to gain further understanding about their years-long legal battle.

An interesting twist to the case occurred when the patent infringer, GT Water Products, Inc,, became a courtroom no-show and did not respond to any court orders. Then, in 2019, Gene sued Andrew Hirshfeld and the USPTO in what might have been the final attempt to regain his Zip-It patent. After two more years, as of December 1, 2021, without any further communication from GT Water, the USPTO Director filed a notice with the Court of Appeals for the Federal Circuit that his office would not be participating in the final appeal, which should open the path for Gene to receive back his patent right and protection.

Gene sincerely hopes to correct the wrongs that have been created by our own patent system and reclaim the patent he has spent the past decade fighting for.  His life, and that of his children, depends on it.