“This Legislation puts a halt to and reverses many of the adverse changes to our patent system.” 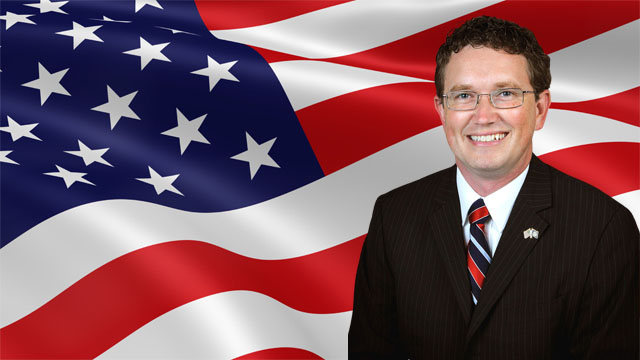 Our once-great patent system has been dying under the America Invents Act (AIA)  and the Patent Trial and Appeal Board (PTAB), coupled with horrendous court decisions.

Change is not just needed, it is necessary and vital.

For the good of our country, especially economically through regaining our innovative preeminence, H.R. 5874, the Restoring America’s Leadership in Innovation Act (RALIA2021), must be passed.

Results of the America Invents Act

“The Patent Trial and Appeal Board was supposed to make the system better. It hasn’t.”
Wall Street Journal June 10, 2015

“The internet giants campaigned to depress the value of patents by decreasing their reliability and making them easier to invalidate. They got their way with Congress in 2011 with a statute creating an administrative tribunal, where it would be easier to kill patents when they could not do so in the courts.”
Judge Paul Michel Nov 20, 2020

What is the Restoring America’s Leadership in Innovation Act?

This legislation restores patent protection for inventors and mitigates a generation of laws, regulations, and court decisions that have discouraged innovation by failing to secure to inventors the exclusive rights to their discoveries.

Recent legislation and court decisions have all but destroyed what once was the world’s “gold standard” patent system, established by our Founders within our U.S. Constitution. Unless something is done soon, our Patent System will be pretty much ravaged, and with it, the American Dream.

Representative Thomas Massie (R-KY4) introduced legislation that would put a halt to and reverse many of the adverse changes to our patent system; HR 5874, the Restoring America’s Leadership in Innovation Act (RALIA), co-sponsored by Louie Gohmert (R-TX1), Tom McClintock (R-CA4) and Paul Gosar (R-AZ4).

One key aspect of Massie’s bill is the elimination of the Patent Trial and Appeal Board (PTAB), an unconstitutionally established administrative tribunal, known as “the patent death squad,” along with the elimination of the inter partes review (IPR) and post-grant review (PGR) PTAB proceedings. Since the America Invents Act of 2011 (AIA) was enacted and the PTAB was established, Big Tech and multinational corporations, including those controlled by the Chinese Communist Party (CCP), have been using the IPR and PGR extensively to virtually steal the patent rights of independent inventors and innovative small businesses and startups.

The devastation to our system due to the PTAB invalidating 84% of the over 3,000 patents they have reviewed (including those that had been in force for years and achieved industry success) has been devastating. Aside from destroying people’s financial lives and businesses that had been operating prosperously, Startups are no longer able to secure adequate investment to bring their innovation to market due to the uncertainty involved. Eliminating the PTAB would help ensure that there is a level playing field for all; the independents and startups as well as the large corporations.

Restoring the Right to Injunctive Relief

The anti-inventor SCOTUS decision issued in the eBay v. MercExchange case would essentially be reversed. That ruling, basically denying legitimate patent holders any substantial permanent injunctive relief against infringers, opened the door for those who stole a patent to continue producing and selling their knock-off product and making substantial profits from their illegal goods. Massie’s bill would effectively restore an inventor’s exclusive patent rights and their ability to defend their innovations by putting a halt to infringement.

The RALIA would reverse the catastrophic U.S. Supreme Court (SCOTUS) decision rendered in the Oil States Energy Services v. Greene’s Energy Group case. The PTAB had taken away patents from Oil States that had been in force for over a decade. Oil States took it to court and ended in front of the SCOTUS. Their decision, emboldened by the US DOJ brief stating “Patents have always been understood as privileges or franchises,” directly violates wording in Article I Section 8 Clause 8 of our U.S. Constitution, which unequivocally states that the discoveries of inventors are “exclusive Rights.”

A couple of other detrimental AIA provisions that would be abolished are first-to-file, returning our patent system to the quite successful first-to-invent, as well as restoring an inventor’s one-year grace period before being compelled to file for a patent, allowing time needed to secure investment and to perform further R&D to ensure product quality for the filed patent.

The Massie bill would eliminate patent applications from being published by the USPTO, reverting to publishing once a patent is actually issued. Another huge AIA-era aspect that has plagued inventors in the legal arena occurs with the RALIA by restoring the presumption of validity of USPTO-issued patents and their claims.

Another positive change in the RALIA would be ensuring substantive patentability criteria of novelty, usefulness, and obviousness are contemplated separately from patent eligibility determinations. This alone would bring greater certainty and reliability to issued patents, particularly for computer-implemented inventions and biotechnological inventions.

Organizations that support the Massie bill

WHY WE NEED TO PROTECT INVENTOR RIGHTS

Did you know? It’s not only inventors that suffer when their rights are not enforced.

When infringers steal inventions, they produce similar versions (counterfeits, knock-offs, me-toos, fakes, replicas, imitations, reproductions etc.), which are then distributed and sold in the marketplace to unsuspecting buyers.

Sadly many counterfeits are made cheaply and can be dangerous.

Apple claims that 90% of Apple products sold on Amazon are counterfeit.

Stolen inventions are everywhere, maybe you’ve unsuspectingly bought one? Did you ever consider that perhaps the code in your tech-gadgets was pilfered from an independent inventor’s patented innovation?

This is why we need your help. We need to protect inventor rights, home-grown businesses and consumers too.

The time has come to restore patent protection for inventors and mitigate a generation of laws, regulations, and court decisions that have discouraged innovation by failing to secure to inventors the exclusive right to their discoveries. With your signature we can make this happen.

DID YOU KNOW HOW HARD IT IS CURRENTLY FOR INVENTORS TO DEFEND A PATENT?

Inventors face hundreds of thousands of dollars in legal expenses and annihilation of their patent rights in unlimited third-party patent validity challenges at the Patent Trial and Appeal Board (PTAB).

The interactive Q&As featured below highlight what are largely unintended consequences of measures put in place to curtail abuses of the patent system committed by non-inventors.

Is It Easy For An Inventor To Defend Their Patent?

No! Inventors must endure up to a decade-long battle and spend tens of millions of dollars in legal expenses to obtain a final judgment in court against infringers. LEARN MORE

Can An Inventor File Suit In Their Home District?

Inventors are denied standing to file suit in their own home district under the 2018 TC Heartland decision. This means more costs, including travel and legal counsel in another state. LEARN MORE

Does A Patentee Has The Automatic Right To Stop Others From Using Their Inventions?

No! Inventors are denied the basic right to exclude others from using their invention under the 2006 eBay decision. LEARN MORE

Why Are Inventor Rights Continually Infringed Upon?

Inventors are not compensated fairly or sufficiently to prevent efficient infringement of their patent rights. LEARN MORE

What Other Significant Hurdles Do Inventors Face?

Inventors are denied meaningful participation in the patent system, this stifles their main source of innovation. LEARN MORE

How Often Do Inventors Prevail When Their Case Is Examined By The PTAB?

Only 16% of patents survive the PTAB intact. That means 84% of them fail. Yikes! LEARN MORE

US Inventor Rally at the AIPLA 2019 Annual Meeting

Collectively, we must help Members of Congress understand how this Act will positively impact inventors, businesses, consumers and the American economy.