Susan McKnight is an entomologist who invented the highly innovative and original ClimbUp insect interceptor in response to the growing bed bug infestation that was occurring across the country in 2008.

Although the design is simple the results that it achieves are nothing short of amazing. Bed bugs attempt to reach their prey by climbing the legs of the bed and get trapped with no way to escape.

Similar to many other inventors over the past decade her patent was infringed (stolen) by another company. Unlike other cases, however, when her accuser backed away at the Federal Circuit Court, she should have won, but did not. It was then she discovered that attorneys for the Director of the USPTO took the case against her patent.

Josh Malone describing the plight of inventor Susan McKnight vs the USPTO. 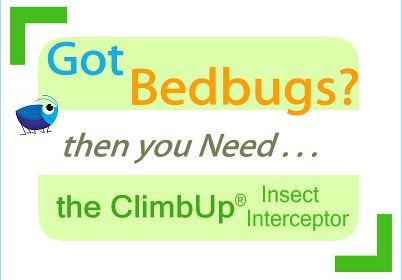 Susan McKnight, an entomologist, invented the CLIMBUP® Insect Interceptor, which was featured on CNN Money, as well as numerous other media and websites. In 2008, as bed bug infestation in America was escalating, she used her retirement savings to create this ecologically-friendly and reasonably priced item for the detection and management of bed bugs.

CLIMBUP® is rather simple in design but quite unique in results. The plastic double well cup features a slick, talc-coated interior, coupled with a fiber-coated exterior. The patented product provides a highly-effective barrier between a person sleeping soundly and bed bugs that access their prey by climbing the bed legs. And, wonderfully, these cups can be used for years.

“Once bed bugs are established in a building, it’s a very tedious and laborious process to treat for them,” Susan said. “This is an affordable means to monitor bed bugs. With these you can catch them early or post-treatment you can tell if you missed a spot.”

Unfortunately, like many inventors have experienced, especially over the past decade, another firm decided to infringe on her patent. Due to their theft of her patent it went legal.

When The Road Gets Tougher

For any inventor it is a tough road when an infringer steals your patent and you attempt to stop them. Since the passage of the America Invents Act of 2011 (AIA) and the establishment of the Patent Trial and Appeal Board (PTAB), it has become virtually impossible for inventors to win.

More often than not, the infringer ends up with the PTAB Administrative Patent Judges (APJs) – who are not real judges – invalidating (revoking) the inventor’s patents. Since the PTABs inception, the body has invalidated 84% of the 3,000 patents they have reviewed. This is despite the fact that the highly-trained examiners at the USPTO granted the original patent after a year or a decade of painstaking research, analysis and investigation, while the APJs are not experienced examiners.

The PTAB did, indeed, invalidate her patent as being “obvious.” She continued to fight for her rights and appealed the decision at a Federal Circuit Court. 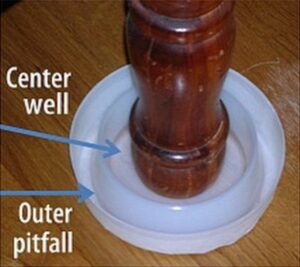 At one point, there appeared to be some good news for Susan and her patent. The third-party challenger to her patent rights backed away during the case at the Federal Circuit.

That should have ended it, her accuser dropped it.

Yet, it was definitely not over for Susan and CLIMBUP®.

Attorneys working on behalf of the Director of the US Patent Office, of all people, pursued the case against her patent. The USPTO’s goal was, quite obviously, to remove the patent that they previously issued to her.

How much faith and confidence can someone have in a system that literally destroys the original patent holder and his or her creation in favor of a patent usurper 84% of the time?

Inventor rights are supposed to be protected. Our U.S. Constitution Article I, § 8, Clause 8 states: “To promote the Progress of Science and useful Arts, by securing for limited Times to Authors and Inventors the exclusive Right to their respective Writings and Discoveries.”

The Patent Act of 1790 (1 Stat. 109) was enacted about one year after our U.S. Constitution was ratified and granted the applicant “the sole and exclusive right and liberty of making, constructing, using and vending to others to be used, the said invention or discovery.”

It really can’t be more clear.

Because of the PTAB decisions the American Dream is being destroyed by the very organization that should be protecting the rights of original inventors and innovative small businesses. Instead, they reward multinational conglomerates and Big Tech by invalidating patents and ruling in their favor.