Tésia Thomas is a young inventor who created the “more modern zipper,” as she calls it. At the age of 20, after her pet rabbit bit through her laptop case zipper, she was determined to find a tougher, better solution. And she did. She formed Zipr Shift and called her transformative innovation Klōs.

She did not just improve upon the age-old zipper concept. Hers is entirely new and different – a continuous structure (not loose parts) that is air tight, water tight, gas tight, sustainable and fire retardant. Tésia developed what our U.S. Military has been working on for several decades…yet, they still do not have, after hundreds of millions being spent, any kind of prototype, nor anything that comes close to Klōs.

Even though she has a ground-breaking invention, Tesia is facing the same situation that all inventors face. Recent changes to our patent laws, referred to as “patent reform,” have made it easy for a large corporation to invalidate an issued patent. The result is that an inventor’s ability to stop a corporation from stealing the technology is lower than it has ever been, resulting in investors being reluctant to become involved with patent-related startups. She is featured in the award-winning documentary “Invalidated – The Shredding of the US Patent System.”

From Invalidated – The Shredding of the US Patent System,‘ with Tésia Thomas. 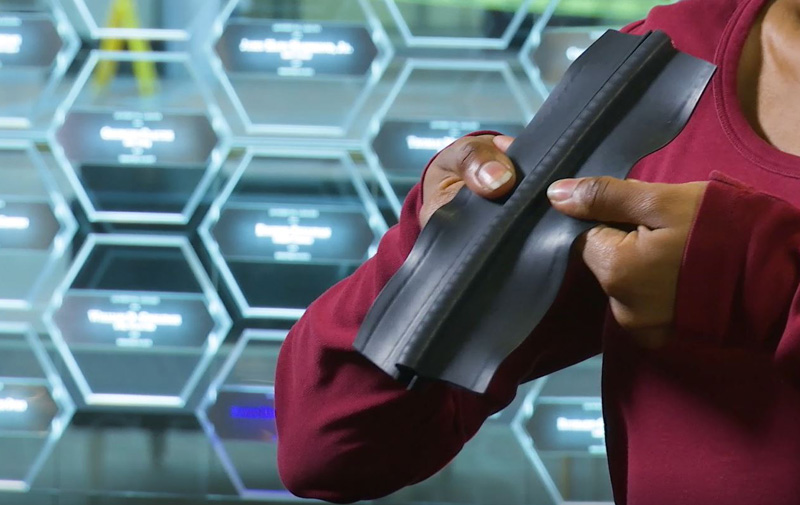