Tom Waugh is the inventor of Seamless Pole and the owner of Action Manufacturing Co., Inc., located in Birmingham, AL. Tom analyzed an age-old product – utility poles. For over a century they have been utilized across the globe. However, most are made of wood and are vulnerable to storms, high winds, decay, and rot, requiring repair or replacement every 20-30 years.

After years of trial and error, many prototypes and numerous failed attempts, Tom created and patented a breakthrough design and technology to make “centrifugally cast tapered ductile iron utility poles.” These were state-of-the-art and durable, ensuring a life of 75-100 years. He was negotiating an agreement with a utility company when the company decided to invalidate his patent, succeeded, and have sold hundreds millions of dollars worth of Tom’s invention as if he never existed.

Excerpt From Ep.4 ‘In The Trenches With Inventors‘ – featuring Tom Waugh. 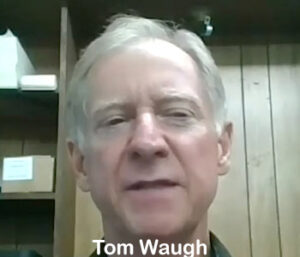 “There was nothing on the market like my product,” Tom Waugh stated about his invention, the seamless pole. “We created a whole new industry for something that didn’t exist.”

Once Tom’s company, Seamless Pole Inc., was established he began the process of showcasing his innovation to U.S. iron and steel companies. There wasn’t much interest until he caught the attention of McWane Global.

“I went to some major manufacturers of centrifugally cast products to ask them to help me with this invention and no one was interested in making something that had never been proven,” Tom stated. “I had a patent applied for when I started looking for these companies. I found out there are only like three manufacturers in the U.S. that had the equipment or the technology. I called McWane and they were sincerely interested in licensing the technology.”

Tom believed the issuance of the patent for his cylindrical tapered poles would begin a new market explosion that could potentially generate millions for McWane.

“We struck a deal. They wanted me to show them everything. I had to show them the whole process,” Tom said. “Along this way they had agreed to pay me a percentage of the sales. They started making the product and decided not to pay me.”

In an attempt to stop McWane, Tom was forced to file an official complaint in the district court of Alabama. Even though the action he took was able to stop McWane from selling the seamless poles in certain states, the infringing company continued selling Tom’s patented poles in different states, including Utah and Ohio.

“They were making the product and decided not to pay me, so we took them to court,” said Tom. “Then my attorney calls me up and says, ‘I know what they’re going to do, they’re going to file an IPR. You need to get your patent out and up for a re-issue. This way we got our request into the patent office for reissue three to seven days before the IPR hits’.” 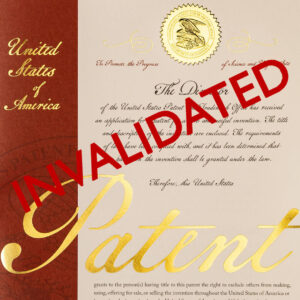 Indeed, McWane did not back down. The firm filed a petition for an Inter Partes Review (IPR), an attempt to invalidate (revoke) the patent, at the Patent Trial and Appeal Board (PTAB).

“We were thinking that we could pull the patent out and make some modifications,” Tom explained. “Just tighten it up a little bit, but the PTAB intervened. So, my patent attorney and the PTAB worked out an agreement to allow the petitioner to actually have a say in what kind of claims made the reissue and which ones didn’t. … I thought everything was really good.”

Unfortunately, that was not the case.

The ill-advised panic move by Tom’s attorney to pull the original patent in order to file for a re-issue during the first IPR led Seamless Pole to concede the patent claims were invalid. That terminated the proceeding.

The PTAB then ruled in McWane’s favor in the next IPR by invalidating Tom’s re-issued patent. The grounds: all the reissue patent’s claims are invalid because any earlier patent filed and held by the same inventor is, you guessed it, evidence of prior art.

To make matters worse for Tom and Seamless Pole, the Court of Appeals for the Federal Circuit issued their ruling to uphold the PTAB decision regarding the reissue patent invalidation.

“I think sometimes inventors are so passionate you want to get your idea on the market that you do things later that you regret,” Tom said. “If whoever you’re dealing with is not willing to help you protect your ideas, then you need to not show them anything — and move on.”

Tom’s tragedy is similar to hundreds of others – all depicting abuse of the patent system since the passage of the America Invents Act of 2011, and the establishment of the PTAB, aka ‘The Patent Death Squad.’

The stories typically begin with the inventor dreaming up an idea and then shows it to a large conglomerate in the hopes of landing a licensing deal. The company waits, prolongs or hesitates during the negotiations – long enough to study the patents. Then they proceed to cut the inventor out of the picture, and start manufacturing the product using the stolen technology. More often than not the infringer never pays a dime to the innovator.