Trae Smith is the inventor of the patented internally illuminated Firebugs shoe line, the first real creative innovation in lighted shoes in three decades. The Firebug line of shoes was immediately successful, with several major shoe companies licensing right after the first press release and Trae’s own sales very strong.

Unfortunately, a Berkshire Hathaway-owned company and competitor stole the idea and technology. Trae sued for patent infringement, and the infringer did what is expected in the current environment – it asked the PTAB (Patent Trial and Appeal Board) to invalidate the patent through an IPR (Inter Partes Review). The result was also typical. The PTAB found the invention obvious and therefore unpatentable. This was after reviewing the same prior inventions that the Patent Examiner had reviewed when finding the invention non-obvious and patentable.

Excerpt From Ep.2 ‘In The Trenches With Inventors‘ – featuring Trae Smith. 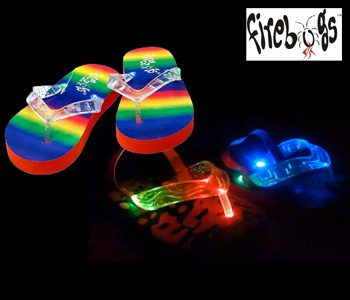 Trae Smith is the inventor of the unique internally illuminated Firebugs shoe line, the first real creative innovation in the lighted shoe craze to have occurred in over thirty years. The line of shoes basically became an overnight sensation with several major shoe companies licensing rights after the introductory press release announcement.

One of the truly incredible aspects about the Firebugs brand of illuminated shoe is that the lights are within the entire upper of the footwear, in the textile itself. This is quite different from the competition’s lighted shoes which were, typically, lights on the shoe upper, placed behind a small sheet of plastic.

Virtually everyone who compares the shoes side by side can immediately tell the remarkable difference and how the Firebugs line is singular and exceptional. Again, in the Firebugs shoe, the textile of the shoe upper itself is illuminated vs some lights placed behind plastic located somewhere on the upper portion of a shoe.

There was absolutely nothing like it on the market.

And, as lighted shoes had existed for three decades in the same manner prior to Trae’s invention, how on Earth can anyone state that his disruptive innovation was “obvious to someone skilled in the art.”

Simply put, if the manner and method of the Firebugs lighting method had been obvious, why didn’t someone come up with the idea much earlier?

This is the heart of the matter for many small independent inventors since the passage of the America Invents Act of 2011 (AIA) and the establishment of the Patent Trial and Appeal Board (PTAB).

Large corporations have found that it is far cheaper for them to infringe (steal) an invention instead of paying a licensing fee or royalty to the person who envisioned and came up with the idea. The conglomerate simply takes their case to the PTAB to invalidate (revoke) the patent.

In the case of Firebug LLC, their nemesis was the Stride Rite Children’s Group (SRCG).

Upon learning of the infringement, Trae and his company brought suit in Federal Court against SRCG. However, since the establishment of the PTAB an infringer is allowed to claim that the previously issued patent is invalid, due to prior art existing and the invention being obvious in nature. When this is done, the actual court case is placed on hold. 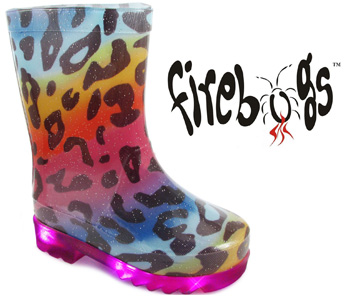 One significant difference between an actual court case and a PTAB case is that the Administrative Patent Judges (APJs) of the PTAB are not actual judges. They are typically attorneys who have no real experience as does a trained patent examiner.

The APJs have full authority to invalidate a previously issued patent based upon nothing other than the plaintiff’s argument of the invention being “obvious” and based upon some “prior art” (which in many cases is not similar in any way to the patent being attacked).

This occurs despite the fact that the U.S. Patent and Trademark Office (USPTO) Patent Examiner(s) who originally issued the patent are highly trained specialists and may spend anywhere from a year or two – even up to a decade – before issuing a patent, or not.

And, many times, what it boils down to is that the APJs simply define, or re-define, the claims made in a patent by the inventor in some other manner than did the person who invented the product. This much broader and open interpretation of the language made in patent claims is one of the reasons that 84% of the 3,000 patents the PTAB has reviewed are declared invalidated.

Does this mean that the specialists who issue the patent are that incorrect, that only 16% of the patents issued should have been granted?

Or does it mean that the PTAB, due to the loopholes and serious ambiguities in the AIA, the legislation that created the body, can, at will, take away someone’s hopes, dreams and their livelihood and give their creation to large corporations?

Case in point. The PTAB, under what they consider to be the broadest ‘reasonable definition’ that had been submitted by the patent holder describing the invention, accepted the infringer’s definition of light diffusing textile shoe upper to include a window made of plastic.

That kind of interpretation borders on criminal. Yet, it occurs often and independent inventors such as Trae and Firebugs suffer the consequences. And, without the deep pockets of a large corporation, their quest to hold on to their invention dies.

On appeal, the Court of Appeals of the Federal Circuit found that the PTAB had erred in their decision. However, they also ruled that that error was ‘harmless’ to Trae, so the case was not sent back to the PTAB and the decision stood. This is a perfect example of how our current system, particularly since the AIA, no longer protects inventors and their patent rights, as guaranteed in our U.S. Constitution.

In a letter to Senate members of the Committee on the Judiciary, Trae wrote, “Simply put, the PTAB, it’s rules and administrative judges have destroyed our patent system.”

His letter closed with, “That the PTAB, in its arrogance and elitism has knowingly and intentionally afflicted irreversible harm to our patent office, our patent system, innovation, innovators, economic growth, prosperity, dreams, ambitions, families, lives and insults and disparages both those individuals who dare to participate in our patent system, as well as those good men and women who work hard in the examination process of patent applications.”

The AIA and PTAB have destroyed too many lives.

It is far past time to eliminate both and allow what our Founders wrote in our U.S. Constitution: “To promote the Progress of Science and useful Arts, by securing for limited Times to Authors and Inventors the exclusive Right to their respective Writings and Discoveries.” (Article I, § 8, Clause 8)