William (Bill) O’Keeffe is an inventor and entrepreneur. Bill was a mechanical contractor before taking over his father’s now-eight-decade old architectural glazing company. In 1978, Bill established SAFTIFIRST, producing fire rated glass and framing, the first U.S. company to enter the fire glass market. Bill has invented and patented several fire and impact safety glass technologies that were needed and are now in wide use.

In the attached video, Bill describes how unique his newly patented safety glass floor is, compared to what existed prior, and how the infringer of this patent was able to use the PTAB to invalidate the patent. He’ll also talk about the PTAB “judges,” and whether or not they are qualified to override the decisions of experienced Patent Examiners.

Excerpt From Ep.6 ‘In The Trenches With Inventors‘ – featuring William O’Keeffe.

Since 1939, the O’Keeffe name has been associated with innovation and design. William O’Keefe founded O’Keeffe’s Inc and it wasn’t long before the company was nationally recognized for their excellence in custom skylights. William filed his first patent for using extrusion in the construction of skylights in 1951. This invention allows for condensation to move to the outside by the extrusion’s built-in guttering system.

SAFTIFIRST has brought natural daylight to thousands of creative and monumental projects, which include the Museum of Modern Art in New York, the Court of Appeals in San Francisco, the World Bank in Washington D.C., the Como Conservatory in St. Paul, Minnesota, the Getty Museum and Gateway Center in Los Angeles, the Houston Galleria in Texas, and many more.

Bill first patented wired glass with a film that would not burn – a miraculous discovery solving the problem of previous films burning during building fires. Eventually, after his advancement in wired glass, Bill and his firm evolved to create a clear fire-rated safety glass without the use of wire. This technology is an advanced building material that takes the place of a solid wall and allows occupants to maintain vision and transparency while simultaneously protecting the people and property from fire-related devastation.

For the past twenty years, Bill has advocated for the elimination of wired glass usage in the United States due to its high injury rate, which, unfortunately, was accepted in the industry because it was the only product available.

Bill believed that there must be a better solution and worked to invent an alternative glass that is safer for people caught in fires. His hard work resulted in the inventions of several fire and impact safety glass technologies. In 2018, Bill and his firm created and patented a safety glass floor (US Patent NO. 9,926,709, “the ‘709 patent'”). This new technology took four years of research and development because the floor panel needed a unique support system and was required to withstand up to two hours of fire exposure.

That same year, Ely Holdings (Ely) sued SAFTIFIRST in an Article III District Court for patent infringement of Ely’s U.S. Patent no. 7,694,475 (“the ‘475 patent’”), which relates to configurations of structural glass and fire rated glass in architectural flooring. In response, SAFTIFIRST counterclaimed suing Ely for patent infringement of the ‘709 patent in the same District Court.

Ely then petitioned the Patent and Patent Office’s administrative tribunal, the Patent Trial and Appeal Board (PTAB), stating that claims 1-12 of the ‘709 patent are invalid because the term “connector”, found in claim 1, is ambiguous. The petitioner noted that claim 1’s use of the term “connector” could cover either a threaded nut, or cover a combination of a nut and a bolt. Since the connector is unable to simultaneously cover both a nut and a bolt, the term is ambiguous.

The PTAB Judges involved were Hubert C. Lorin, Michael W. Kim, and Robert A Pollock. Lorin has a background in plastic and nonmetallic article shaping; Kim has a background in business methods, mechanical, and electrical technology areas; and Pollock has a background in biochemistry and biophysics. None of their backgrounds have a direct history with glass or the connectors that relate to it. These judges are not, by any means, experts of the field, yet they invalidated this patent under their own misunderstandings of the technicalities of the invention, coupled with misdirection by the petitioner.

Chi Q Nguyen was the patent examiner, who has a specialty in static structures, supports and furniture. More specifically, Nguyen has a background in joints and connections, supports, adhesive bonding and miscellaneous chemical manufacturing, and more. This patent examiner is directly exposed to the content of the ‘907 patent that was issued in 2018.

However, not even two years later, the PTAB judges (aka the “Patent Death Squad”), who are not technical experts, overruled the patent expert’s decision.

Many PTAB judges have not worked in – or near – the field of the inventions brought before them and therefore have no real credible understanding of the patents they have been tasked with revoking. Yet, they continue to do so, day in and day out, invalidating 84% of the 3,000+ patents they have reviewed.

Bill’s family and company have been inventing for years. Their expertise in the area of glass making and their history of innovation has allowed their products to be verified in the market, used in well-known public buildings, and has allowed for the success of an American-Made company.

They fell victim to the PTAB – a system of corruption, toxic to the American ideals and people. 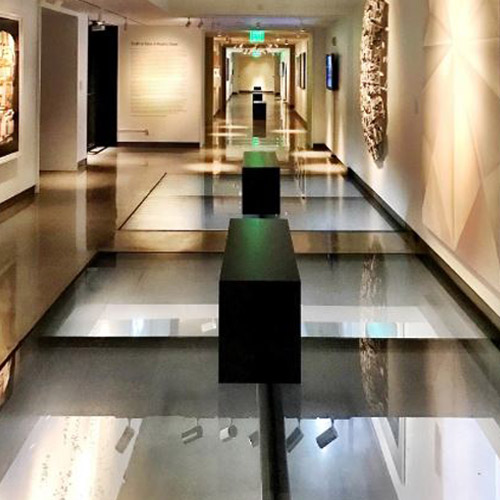 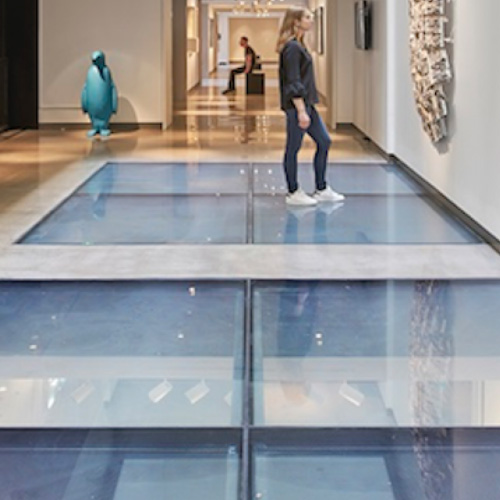