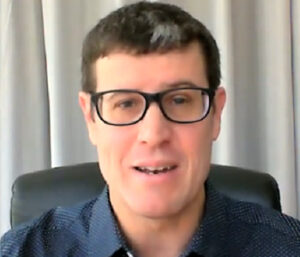 Josh Malone, Policy Director at US Inventor and the inventor and founder of Bunch O Balloons, appeared on the Regulatory Transparency Project, a Federalist Society podcast.

In 2011, Congress created a new administrative tribunal in the U.S. Patent Office with the power to cancel previously granted patents, called the Patent Trial and Appeal Board (PTAB).

The PTAB was created to provide an efficient and inexpensive administrative process for eliminating low-quality patents – what are called “bad patents.” Despite its laudable purpose, the PTAB has earned a reputation among some as a prime example of regulatory overreach.

The PTAB’s critics cite a wide range of concerns including inadequate due process protections and bias against patents. A former federal appellate chief judge even referred to PTAB administrative judges as “patent death squads.”

So, is the PTAB indeed harming the property rights that have helped to drive the U.S. innovation economy for over 200 years or, is it functioning as intended? What are the concerns of its detractors? If these concerns are valid, does the PTAB need simple reform or more?

Listen to the Federalist Society podcast at the Regulatory Transparency Project website.

Josh Malone quit his corporate job in 2006 to take his shot at the Inventor’s Dream. Eight years later, savings depleted and kids college unfunded, he took one last swing before trudging back to the corporate world. And, he hit a home-run with Bunch O Balloons. His solution to the 63 year old problem of filling and sealing water balloons instantly became the number one selling summer toy.