Jeff Parker is a co-founder of several companies. His first firm developed semiconductor chips and controls for heating and AC. His second one developed automated TV production cameras and equipment. One of his products won an Emmy as it made live TV news broadcasts with much smaller crews possible.

ParkerVision had been formed to solve a major problem, radio frequency signal generation and reception (RF transceivers), the heart of virtually all wireless products in everyday use. They re-invented the essential composition and became known as “the holy grail of RF.” Jeff then ran into the efforts of vested interests and Big Tech to use our broken patent system against him. He has now spent over a decade battling with infringers who have stolen and profited from ParkerVision technology.

Excerpt From Ep.8 ‘In The Trenches With Inventors‘ – featuring Jeff Parker. 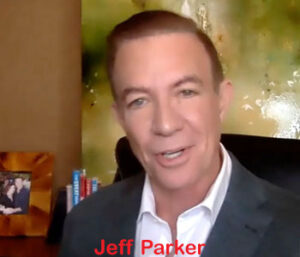 Jeff Parker is a prolific inventor and innovator who has been involved in and with the patent system since the late 1970s and early 1980s. The companies he has founded have been instrumental in the development of semiconductor chips and controls for heating and air conditioning as well as for automated television production cameras and equipment.

As he explains the allure of invention, “Ever since I was a kid I was just always fascinated with looking at the way things worked and trying to imagine how could they be improved, how could they be different.” His first foray into inventing was the result of being an aquarium hobbyist as a young teen and wanting to make them more integral to his life. He developed a coffee table aquarium that he sold in furniture stores.

Jeff says that his “hobby ultimately turned into a career when it started to merge into science as I became more educated.”

In years past, for those who remember, thermostats used to contain a large drop of mercury in a tube. His creation of digital controls replaced that health hazard. As a result, Carrier Corp, a company that has manufactured and distributed heating, ventilating and air conditioning (HVAC) systems since 1915, contacted Jeff and Parker Electronics about what Carrier could not do with 20 times the R&D budget, i.e., bring electronics into their HVAC control units. The result was a highly successful joint venture, overtaking Honeywell as the market segment leader within a decade.

One of his companies, ParkerVision, created technology that made live TV news broadcasts with much smaller crews possible, which was awarded an Emmy after Jeff had sold the company to a much larger firm. On the Grass Valley website it states of the 2012 Emmy award: “Pioneering Development of Event Driven Control Room Automation Systems for Production of Live Television Shows, which Encompasses Full Control of Robotic Cameras, Audio, Graphics and Video Sources — ParkerVision (acquired by Grass Valley in 2004).”

ParkerVision, the company he founded in 1998, was originally formed to solve a major problem. The basic technology of wireless radio frequency signal generation and reception (RF transceivers) required significant numbers of components. That requirement generally made the components large, power hungry, and challenging to achieve good performance. The primary reason for this is because their fundamental architecture was largely the same as that developed by Guglielmo Marconi, an Italian inventor who pioneered long-distance radio transmission over a century ago!

RF transceivers are at the heart of virtually all wireless products in everyday use. ParkerVision proceeded to re-invent the essential composition for wireless RF transceivers. His Energy Transfer Sampling, aka “Direct to Data” or D2D, created an entirely new RF downconverter replacing that century old tech. One representative of the world’s largest wireless chip company called ParkerVision’s invention “the holy grail of RF.”

The innovations developed by ParkerVision are primarily responsible for the extremely small computer chips that allow wireless transceivers to operate at the lowest voltages possible, while using very little power.

As stated on the ParkerVision website: “Billions of Smartphones, WiFi devices, Satellite communications, and numerous other wireless products shipping today use ParkerVision’s down- and upconversion technologies.”

His company had invested over $100 million in R&D, along with another $20 million creating a large portfolio of patents for their protection.

However, Jeff has been battling the efforts of vested interests and Big Tech to use our broken patent system against him.

ParkerVision has now spent over a decade battling with infringers who have stolen and profited from ParkerVision technology. The companies that have decided to infringe on his patents include numerous well-known and highly respected brands, such as Hisense, TCL, Buffalo, Zyxel, Qualcomm, HTC, Intel, LG and Apple. 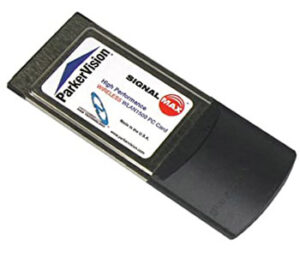 Due to the seemingly unending litigation, including several traditional court cases along with Inter Partes Reviews (attempts to invalidate patents) with the Patent Trial and Appeal Board (PTAB), ParkerVision’s market cap was eventually reduced by 95% and was forced to lay off numerous employees and hire a herd of attorneys to protect their constitutionally guaranteed rights.

“There’s really been a whole series of changes to the legal system,” Jeff explains, “I think pretty well orchestrated by large companies, a lot of it orchestrated by Big Tech, in my opinion, purposefully set up to make it ever more difficult, with every change, for patent holders who are not giants in their space to actually be able to enforce their patent rights.”

He also said, “What’s happened with all these [patent] reforms is they have now become a way for large companies to use the law to break the law.”

The extensive legal battles to save their patent rights have not stopped Jeff and ParkerVision from creating what could be “the next big thing.”

They are hopeful to eventually prevail in court and, once that has been settled in their favor, they already have several even newer inventions to continue on their mission of developing and creating “Faster, smaller, better, and less expensive” tech.