Molly Metz wasn’t named “Queen of the Rope” for nothing. She holds 5-world championships, is the reigning National Champion in a 30+ year old division and is known in the industry for jumping ten consecutive minutes of double-unders. She is the only jump-roper to have had a patent…until the PTAB took it away. 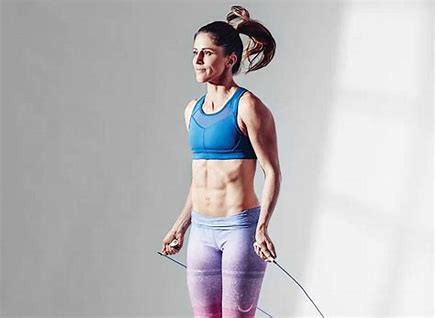 Molly knew her passion was jump-roping. So much, that she was inspired to help kids learn it, practice it, and then teach it. She wanted to spread her passion to everyone. In 2006, Molly started her business, JumpNrope, with the intent to work with kids. Molly trained kids through her business, at recreation centers and developed after school programs for kids. Throughout her years, she educated and employed over twenty-five jump roping coaches at different locations

In 2007, Molly was in a car accident, where she suffered major injuries. After healing and getting back into her jump-roping lifestyle, she learned that the old jump ropes could not keep up with her and move efficiently with her injury. So, she decided to take her profession into her own hands, and she began to design different styles to improve the versatility of the jump-rope.

Molly filed for the patent in 2009; The Revolution Rope or “R1 Speed Rope”. This design includes a handle with a pivoting-eye-technology feature that reduced degree of the wire in the handle to create optimal rotation of the rope, without it being directly linked to the handle. This design makes it the most precise speed and power jump rope in the world. 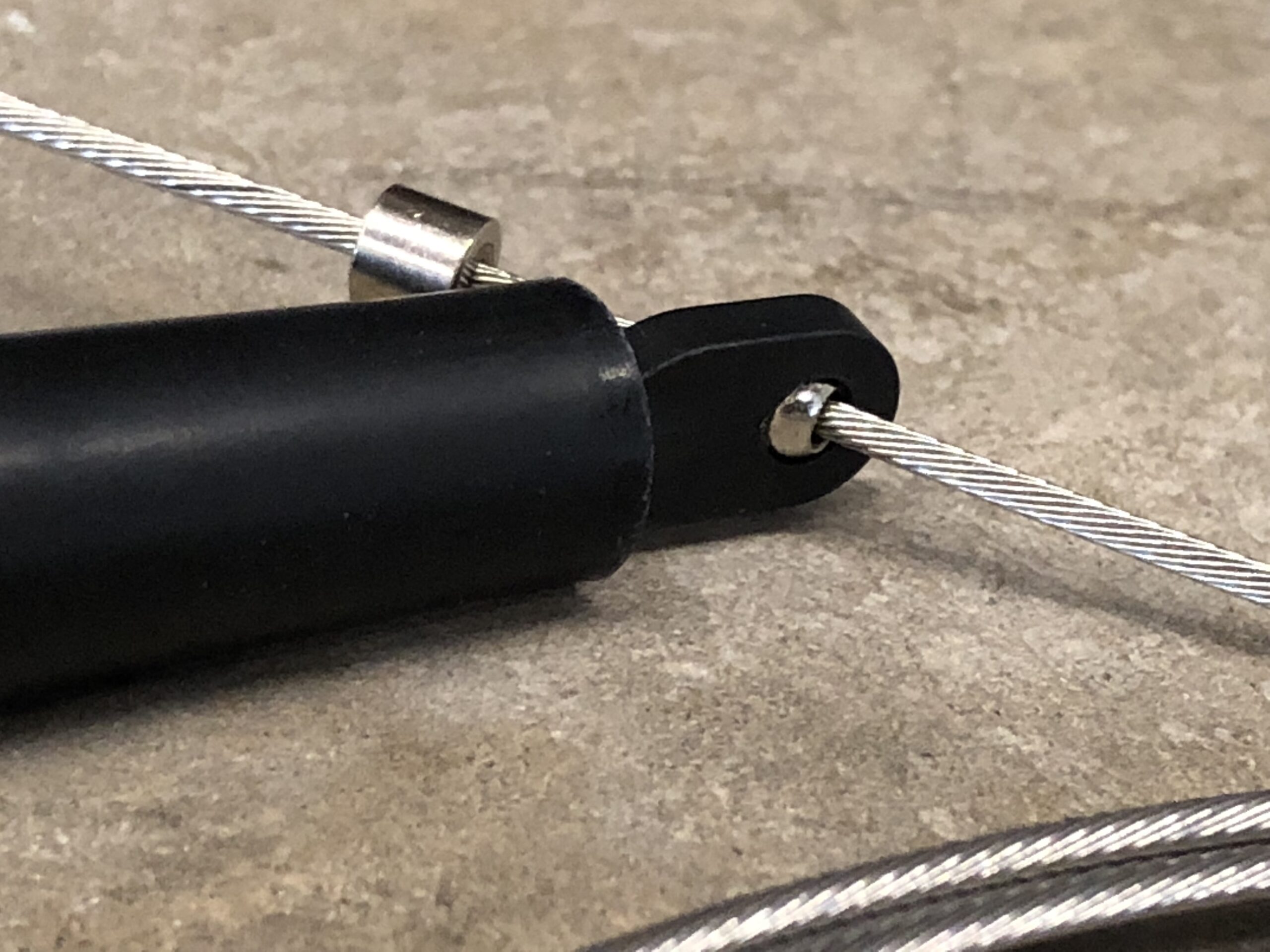 A standard jump rope consists of a rope and a handle. The bottom of the handle contains a hole, where the rope is directly inserted and then somehow fastened to the handle. The rope rotates without being tangled but is limited to the movement of the handle. Molly’s design consists of a rope, a handle, and a pivoting-eye-technology. This feature is a key part of the design and a complete distinction between Molly’s design and the standard design. This extra component is attached the handle. The rope is then inserted through the pivoting-eye-technology and fastened. It allows the wire to follow the hands movement directly with a decreased degree of range, enabling speed and power and decreasing friction.

Molly was granted patent U.S. 7,789,809 in 2010, but that wasn’t the end of Molly’s entrepreneurial ventures. She began manufacturing and selling her product online through her business. Later in 2010, Molly was introduced into CrossFit (a high-intensity fitness program incorporating elements from several sports and types of exercise). Molly fell in love with the CrossFit community and quickly discovered the need for jump-rope education in the CrossFit world. In 2012 she opened her gym, totaling 10,000sqft. Half of the gym is devoted to CrossFit, the other half to jump rope programs. Molly developed a progression-based seminars for CrossFit athletes so that they could learn how to be proficient in the movement. Molly has conducted over 800 jump rope seminars world-wide in CrossFit gyms

Within the same year her patents were awarded, the infringers were already manufacturing and selling her product in countries like China and India. Once they became mass-produced, she realized other cross-fit companies were buying her design from China and India. In an effort to license her technology in the US, she reached out to a large fitness company, known as ROGUE Fitness. Without hesitation, ROGUE Fitness took her design and began importing from China and distributing and it without a license; Making an estimated yearly profit of tens of millions of dollars. 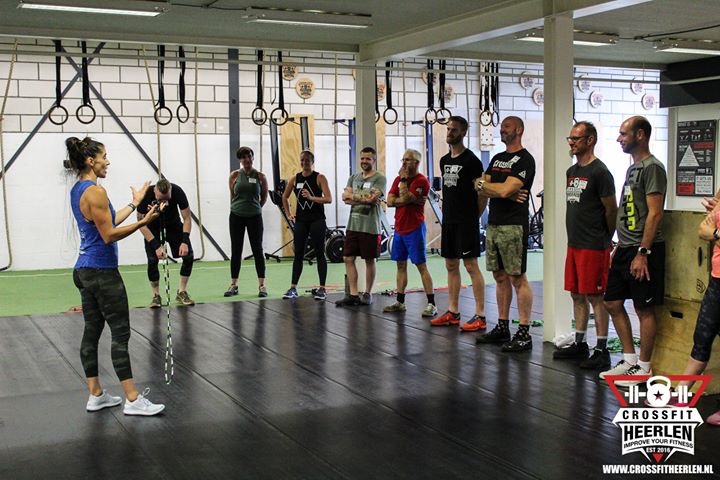 Quickly losing hope due to the financial and emotional burden, Molly almost chose not to fight. She saw the millions of dollars she was losing. She had just devoted her time and money into her new gym (costing $280,000) and could not develop the resources to fight it, as she had little success licensing the product due to its mass distribution already. In 2015 she closed her kids’ programs and CrossFit programs. But it was not long before her fighter instinct kicked in. She acquired an attorney and together they worked effortlessly to shutdown overseas countries and earn licensing agreements with small CrossFit companies. Molly believed she could finally see the light at the end of the tunnel; She brought the fight to ROGUE Fitness. After all, she was awarded the patent, they are using her technology illegally, the patent system will protect them, right?

The constitution would agree, but the broken US Patent System, and the corrupt Patent Trial and Appeal Board (PTAB) had another decision in mind. The PTAB was created in the 2011 via the America Invents Act (AIA). Which was a radical overhaul of the U.S. patent system that had been the gold standard for over 200 years. Big tech lobbyists pushed this bill through, and then convinced President Obama to appoint Michelle Lee from Google to run the USPTO. In office, Lee wrote the rules and hired the “judges” who went on to find “errors” in the patents that Google and other Silicon Valley tech giants were accused of infringing. Molly is one of thousands of other inventors that have had their patents invalidated by the U.S. Patent Office –which has invalidated 84% of the patents they have reviewed under the AIA.

ROGUE Fitness used the bought-off patent system in their favor. In response to Molly’s infringement suit, ROGUE Fitness sought invalidation of her patents. They pushed the battle from the Ohio courts to Washington DC’s PTAB, where the administrative court, filled with three government employees, who are lawyers and not technical experts, would decide the fate of her patents.

Molly was awarded her first patent by the USPTO in 2010 and another in 2012. It was at this time that the patent examiner believed that Molly’s invention of the Revolution Rope was indeed patentable. The patent examiner is someone who has experience and knowledge in the technology in which they are granting the patent. Granting a patent only occurs after rigorous examination. Molly’s patents endured 6 years of examination by three different examiners with several decades of cumulative experience. At one point during the examination, they rejected Molly’s application, holding that it was obvious to combine an older jump rope handle with a rotating bearing with another that had a swivel joint. Molly stipulated to change the wording. After doing so, the examiners were persuaded that her patent met the requirements, therefore granting the patent.

Molly unfortunately fell victim to the PTAB – AKA the “death squad.”

ROGUE filed a petition asking the PTAB to revoke her patents. The PTAB proceeded to invalidate her patents and overturn the examiner. The PTAB ruled that it was obvious to combine older styles of jump rope handles from 1978 and 1979.

PTAB prohibits most evidence, live testimony, cross examination, and generally short circuits due process. The so-called trial took place in less than an hour (versus in a real court, the trial would take 1-2 weeks). This unjust court doesn’t even allow physical evidence which would have clearly shown the innovation that Molly created and patented. But, with these “judges” only appearing via remote video and not examining the evidence, there is no way to even attempt a just response.

Below is the 1978 technology that was considered by the USPTO examiners who determined that Molly’s design was a patentable improvement in 2010. The PTAB cited the exact same prior art in revoking her patents for obviousness in 2019. 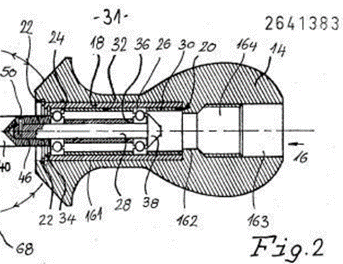 No one is as experienced as Molly is in the field of jump-roping. Her experience, her resume, her knowledge in the field, led her to develop a jump rope handle that increased speed, power, and reduce friction. This design was never introduced into the market before, nor even thought of by others within the industry. The market success of this jump rope handle goes to show just how non-obvious it was. Yet, the unqualified PTAB “judges” took it into their own, unqualified, inexperienced, ignorant hands to kill another startup, another inventor, and another American Dream.

ROGUE Fitness and other companies are still manufacturing and selling Molly’s design. So much so, that when you search “Molly Metz Jump Rope” ROGUE Fitness is the first to show.

Fortunately, Molly did not give up her company. Molly still manufactures and sells her jump ropes in the US -USA made and sold. She also still hosts seminars and coaches.