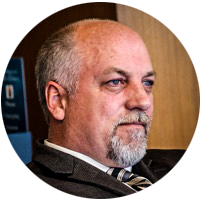 The Federal Circuit is engaging in a long-term pattern of enacting patent law that failed to pass in Congress due to objections from the public. It is taking the Constitution power to write law granted solely to Congress for its own. This disturbing betrayal is eroding public trust in the court system and our system of government in general.

Congress has the sole power to write law for good reason. Law is the implementation of a policy that has been debated in a public forum where any American can participate. Anyone can affect policy by calling or writing their lawmakers, walking the halls of Congress, or forming a lobbying group, like US Inventor, to get the message out to lawmakers and the public.  If lawmakers do not produce the laws you desire, you can campaign to remove them from office.  It is this public participation in policy debate that makes law accountable to the people and the people accountable for the law, which is the foundation of any just and democratic society.

But the courts must function outside of the fickleness of public opinion.  You cannot just waltz into a courtroom to argue your policy position like you can in Congress. Their job is to interpret the law as written and apply it to a given set of facts, so your policy position doesn’t matter in the courts. In the end, this most often brings a result that maps closely to the policies driven by the people through open public debate and captured in law written by Congress.

While this protects the wheels of justice from the corrosion of public opinion, it means the courts can never gather information from the public necessary to form policy and write law. Therefore, courts risk alienating the public from their role in forming policy whenever they create case law. This can easily betray the public trust, and always does so when the same law was already publicly debated in Congress and failed.

Under Section 101, invalidations are over 62%, and even higher for tech inventions. This has left the patent system with confusion and chaos because nobody can know what patent will be held valid and which will be destroyed.

The Federal Circuit extended its power grab to the Executive branch when it flat out told the USPTO and the rest of us that it could not care less what guidance the USPTO gives its examiners to define an abstract idea.

The Federal Circuit has now overpowered both the Legislative and the Executive branches of government to become the sole branch dictating patent law.

The consequences of the Federal Circuit power grab is that patents no longer provide a stable asset that startups can leverage for investment. Investors, seeking a more stable legal environment to protect their investments, particularly in tech, have moved their investments overseas.

Most IPWatchdog readers will remember that last year the Senate Subcommittee on Intellectual Property led by ( see here, here, and here)  Senators Coons and Tillis held six months of hearings with dozens of witnesses to discuss legitimate legislation (the kind passed in Congress) that was intended to fix the Federal Circuit’s wayward lawmaking of Section 101’s abstract idea. Most of the public agreed with the proposed changes to Section 101 eliminating the abstract idea altogether. But the majority also objected to proposed changes in Sections 100 and 112 because these changes would simply transfer the judicially created problem of massive invalidity of issued patents under Section 101 to Sections 100 and 112.

Because of the public’s objections during six months of policy debate, Coons and Tillis were unable to get the votes necessary to turn their proposed legislation into law.

Yet, the Federal Circuit in AAM v. Neapco is attempting to make case law of the same changes to Section 112 that were rejected by Congress by morphing its undefined Section 101 abstract idea jurisprudence into newly created enablement case law. (see here and here).

The Federal Circuit has taken sole power for the full cycle of patent law – examination, lawmaking, and adjudication.  This is a dangerous concentration of power over one of the most valuable assets in this country and they are committing the greatest possible betrayal of public trust by enacting the very legislation that was rejected by the people in a public debate in Congress via judicially created case law in AAM v. Neapco.

This dictatorial power grab on the part of the Federal Circuit is directly and irreversibly damaging the patent system and by extension, it is killing our startup engine, transferring our jobs and technologies to hostile foreign nations, and damaging our national security.

The Federal Circuit has betrayed the public trust and must be dealt with. Federal Courts Improvement Act of 1982 should be amended to remove patent law from the Federal Circuit’s jurisdiction and return it to the regional appeals courts as it was before