This PTAB Invalidity study utilizes queries in Docket Navigator, a service that reviews and classifies court decisions for various parameters. This service is widely used and cited by professionals in the patent industry. In this case I used the Patent Library and the Determinations code. Docket Navigator codes PTAB Final Written Decisions as either “Not Unpatentable” or “Unpatentable/Cancelled”. I only looked at Final Written Decisions.

How Many Issued Patents Have Been Challenged at the PTAB?

First, I ran a query to find that 9,361 patents have been involved in cases at the Patent Trial and Appeal Board. 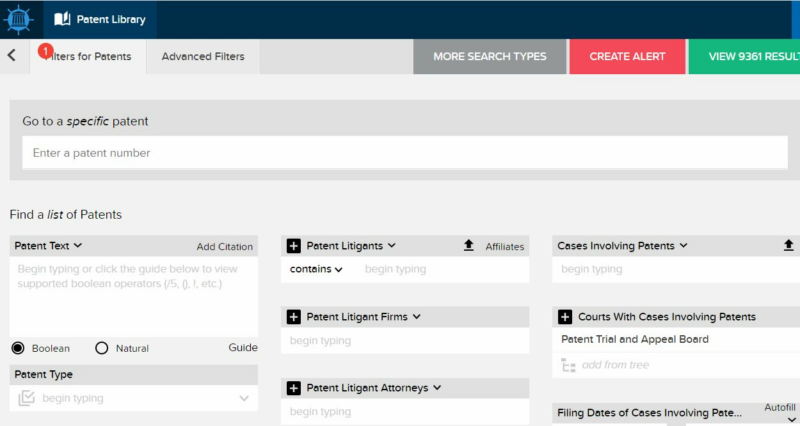 How Many Issued Patents Have Been Fully Reviewed by the PTAB?

Then I narrowed those results to the 3,572 patents that had one of the codes for a Final Written Decision – either “Not Unpatentable” or “Unpatentable/Cancelled”.

What Can We Concluded About Patents Not Fully Reviewed by PTAB?

There is much debate over interpreting the remaining 5,789 patents that began, but did not complete a PTAB review. The USPTO issues a quarterly report with a pie chart tracking outcomes.

Here is the summary for FY20:

There is some controversy on how to interpret these results. Some analysts count settlements and denials as a win for inventors, but I disagree. Settlements usually mean the challenger gets to keep infringing with little or no compensation paid to the inventor. With respect to denials, there is no estoppel or even expectation that the patent would be upheld in a subsequent challenge. A patent denied institution is almost the same as a patent that has never been challenged – at substantial risk of future invalidation by the PTAB.

The bottom line is that we know little about the 5,789 patents that did not reach a final decision. Best case, they are on the same footing as the 2.5 million patents that have never been challenged.

What is the Invalidation Rate on Patents Fully Reviewed by the PTAB?

Accordingly, I focus on the 3,572 patents that have been subject to a PTAB Final Written Decision. Of those patents, 3,000 of them have been determined to be “Unpatentable/Cancelled”.

The net result is 84% of patents that have been fully reviewed by the PTAB are found to be invalid. The USPTO data for FY20 indicates that a fraction of these patents would have some of the claims invalidated, while a majority of them would have all challenged claims invalidated.

Are Things Getting Better at the PTAB?

The trend on patent validity rates is beyond the scope of this study as it is not readily accessible on Docket Navigator. One relevant data point that is available is the petition institution rate published by the USPTO.

According to the latest USPTO report things are not getting better, as the institution rate has settled in at 60-63% (disregarding initial FY20 for small sample size). 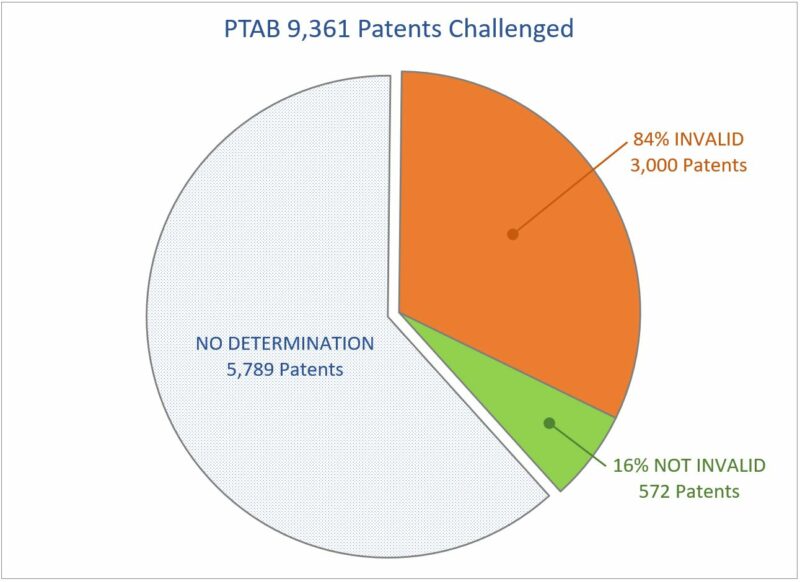 This PTAB Invalidity Rates report demonstrates one methodology for assessing the invalidation rates of the PTAB. According this method 3,000 of the 3,572 patents that have been fully reviewed by the PTAB are determined to be invalid, resulting in an invalidation rate of 84%. Questions or corrections should be addressed to josh@usinventor.org.