David Furry is an inventor and the founder and president of Leak Surveys Inc., a company with a mission to provide cost-effective, reliable gas-leak detection service providing a highly-effective way to detect and see otherwise invisible toxic gas emissions. In Houston, his invention actually lowered the level of ethylene in the air by 60%!

He was working with a large corporation that stole the technology, and used the PTAB (Patent Trial and Appeal Board) against David where they were able to get the PTAB to dramatically, and erroneously, broaden the definition of a leak in order to ensure his patents would be invalidated. During the proceedings, one wonders how, according to prior art comparisons, the PTAB could state that jet engine exhaust is a gas leak and is the comparable to a pin hole leak in a hose.

Excerpt From Ep.5 ‘In The Trenches With Inventors‘ – featuring David Furry.

Leak detection has plagued the oil and gas industry since its inception and the top companies, with millions in R&D funds available, had never been able to conquer the problem. Despite the fact their scientists found ways to detect leaks in a controlled laboratory environment, their tools simply did not work in the real world. 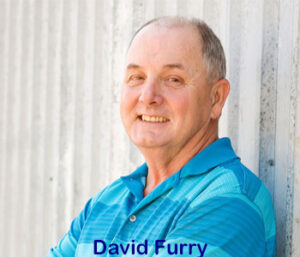 David Furry, who had literally walked pipelines searching for leaks, envisioned a device that would be fast, effective and accurate. After nearly a decade of comprehensive research, he made a breakthrough utilizing infrared cameras with cold filters and, in 2003, created a prototype, the Hawk Camera. His creation was strapped to a helicopter and enabled a dramatic reduction of air pollution from Texas gas lines. He solved a problem that had perplexed industry experts for years.

David filed a provisional patent application on June 11, 2003. Eventually, he submitted a fifty-page document, full of diagrams, references, and specific claims about his invention. His patent application was finally approved on June 5, 2012, after an exhaustive nine-year review. His Hawk Camera had been acknowledged as a breakthrough in leak detection by numerous industry leaders, as well as by the EPA.

However, the relationship between he and FLIR, a company that had worked with him for several years and had paid him royalties, ended. Following that, FLIR stole his technology by continuing to sell it without acknowledging his rights as the inventor and patent holder. David filed suit in 2013 for patent infringement and FLIR countered with the Patent Trial and Appeal Board (PTAB) claiming his invention was not a breakthrough and that any person knowledgeable in detecting gas leaks could have created the same.

In September 2015, the PTAB ruled in favor of FLIR, invalidating (cancelling) David’s patents. The board’s decision rested on two central points: 1) “a person having ordinary skill in the art” could have made the same invention, and 2) his invention was “obvious.”

David’s technique, utilizing a cold filter in an infrared camera, had not been discovered at any time by Ph.D. research scientists, who possess advanced – not ordinary – skills in the art, working for leading energy companies.

More outrageously, in their decision, the PTAB said his technology was equivalent to a thermal imaging device that detects jet engine exhaust at over 1,000 degrees. Yet, David’s amazing invention detects gas leaks that produce a near zero temperature signal!

The decision by the PTAB begs the questions: Who are those people with ordinary skills in the art who could have made this same invention? How is a device measuring 1,000 degree heat and one detecting leaks with virtually no heat even remotely equivalent?

The PTAB does not protect the inventor. In fact, in 84% of the cases it has heard, it does quite the opposite, almost always siding with Big Tech and other large corporations and, in many cases, ruining people’s lives in the process. Hence, its nickname – The Patent Killer. 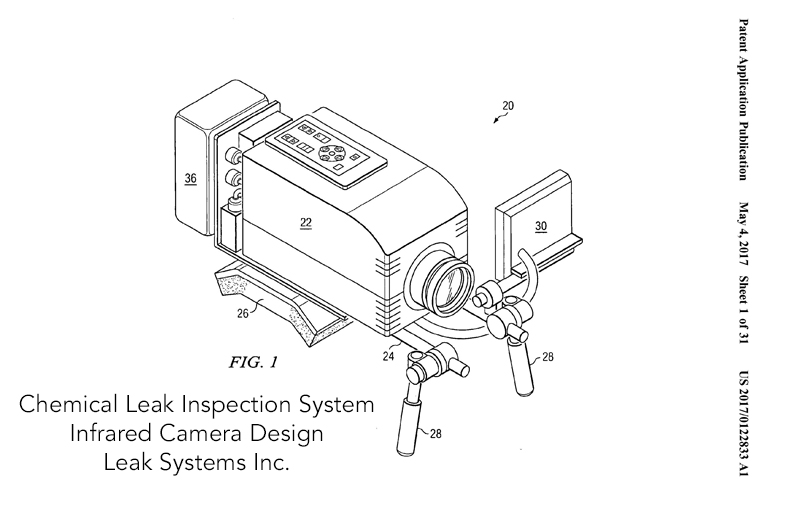 presented by the EPA, along with the Texas Commission on Environmental Quality’s award for Innovative Technology for demonstrating excellence in resource conservation, waste reduction, and pollution prevention, among other awards.