Gene Dolgoff, founder, CEO, CTO, and Chair of Holobeam Technologies, has a very impressive track record of innovation, including over 65 granted patents and numerous patents pending. In 1964, Gene became one of the world’s first holographers, which led to him consult with Gene Roddenberry, creator of Star Trek, for what eventually became the Holodeck, first used in Next Generation!

An extremely valuable invention of Gene’s, that ran amok of our currently broken patent system, is the world’s first LCD projector. Prior to the creation of the patent-killing PTAB (Patent Trial and Appeal Board), Gene’s LCD Projector invention was licensed far and wide to companies like Radio Shack, Samsung and Panasonic. That was until a corporation used the PTAB to invalidate his patent and allow them – and anyone else – to take his invention.

Excerpt From Ep.2 ‘In The Trenches With Inventors‘ – featuring Gene Dolgoff.

Gene Dolgoff was a pioneer in the development of digital projection and created the world’s first Liquid Crystal Display (LCD) projector. He devoted years of study and was responsible for various innovative breakthroughs in projection and is a leading international expert in LCD video projection, optics, 3-D Imaging and holography, holding over 65 patents worldwide, with many others pending.

In the early 1960s, Gene began his project to develop a means of projecting electronically generated images onto a large screen. His goal was to replicate how a person views and experiences pictures and cinema, to alleviate any shortcomings and difficulties with the existing technology. Through his research, he discovered apparent defects of cathode-ray tubes (CRT), which limited the brightness and quality of an image.

Based upon his knowledge in the field of projection, he knew that an electronic Image Forming Element (IFE), often referred to as a Liquid Crystal Display (LCD), would be the most likely answer. Gene believed that combining a bright light and a unique projecting lens would be the key to achieving success and solving this major problem.

Only after undergoing long and painstaking years of trial and error did he discover the answer. Gene had determined the need to find where light was being lost in a conventional projector setup and to, somehow, implement and design new techniques not to lose light, with the result that the light uniformly illuminates the entire surface.

In 1984, he introduced the first LCD projector, and then submitted the primary LCD video projector patent utility in 1987. He founded Projectavision Inc., labeled “the world’s first dedicated digital projection company,” in 1988. The next year Projectavision won a $1,000,000 contract with the Defense Advanced Research Projects Agency (DARPA) to overcome Japan’s lead in Hi Definition Television (HDTV), ultimately working on the development of the U.S. HDTV system.

Everything seemed to be moving along very well for Gene and his LCD projector.

However, things went horribly wrong with one of Gene’s most essential patents, when it was contested at the Patent Trial and Appeal Board (PTAB), through what is known as an “inter partes review” (IPR), an attempt to invalidate (revoke) a patent, and it was, essentially, ripped out of his hands. 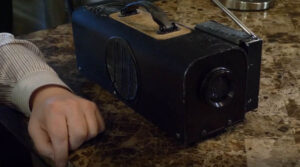 Gene’s tragic story began when he discovered that Epson attacked claims of one of his patents, with the intent to invalidate at least six of his claims.

An IPR is a trial proceeding conducted at the PTAB to review the patentability of one or more claims in a patent on the grounds that the claimed invention would be “obvious to a person having ordinary skill in the art” and not have any basis of “prior art” consisting of patents or printed publications.

Basically, it needs to be proven that the invention was obvious and there was prior art involved.

The patent at the center of this debacle is titled “High-Efficiency Display System Utilizing an Optical Element to Reshape Light with Color and Brightness Uniformity.” There were a total of six IPR proceedings, all challenging the validity of his claims.

One of the key claims of Gene’s being attacked reads as follows: “69. A display system comprising: a light source; an element capable of having an image formed thereon, said element having a predetermined shape; and means for enhancing the brightness of an image by shaping a beam illuminating said image-forming element such that the shape of the beam substantially matches the shape of the said image-forming element, wherein said enhancing means also includes a Fresnel polarizer means.”

The PTAB quite erroneously misconstrued some of Gene’s claims. Instead of accepting what Gene wrote in the claim terminology “means for enhancing brightness, “means for focusing,” and “Fresnel polarizer,” the PTAB, in their infinite wisdom, assigned other definitions.

This is most interesting when one considers that Gene devised the terms, based on their functions, thus, his is the only meaning that could actually apply.

Concerning being obvious and based on prior art, Gene explained, “They found other patents by other companies that had some similarity to some part of this. They said, ‘well, you see this, this, this, this, this, this, all these different things, you just take all those, put it together, and then we got yours’.”

However, he added, “My innovation was to put all these different things together that didn’t exist at the time. And to add some new things that never existed. And they ignored that. … So the PTAB then invalidated my claims.”

Despite the fact his invention was based on things that “didn’t exist at the time” (the patent was granted) and things that “never existed.”

It was a long, arduous fight and eventually ended in a settlement. The killer was that in the settlement were two final decisions issued by the PTAB basically stating that all of Gene’s asserted claims, invented, declared, and written, were unpatentable.

A very real travesty concerning inventors, like Gene, and their patents is that the PTAB was established by the optimistically sounding America Invents Act of 2011, which unfortunately lacks clarity, provides ambiguity, and contains numerous loopholes. Since its inception in 2012, the PTAB has invalidated thousands of patents that had been previously issued by the highly trained and skilled US Patent and Trademark Office patent examiners, often after years of review.

Yet, these PTAB Administrative Patent Judges – who are not actual judges – having virtually no training nor skill in patent review, especially when it comes to breakthrough technology, overturn the examiner’s determination of patentability.

Thus, Big tech and large conglomerates with virtually unlimited resources have been able to file multiple IPRs against patents which they could license, but, instead, decide to steal and, consequently in many cases, destroy an inventor’s life and life’s work. 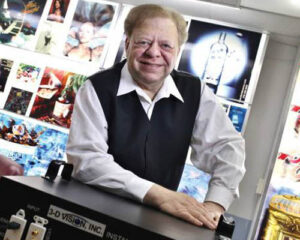 Gene said, “I have technologies that will fight disease, and some of them I think about are great ideas. Yes, I’d like to pursue it, and then I feel if they investigate it, or the result of them looking into it, the big guys will say, ‘Oh, there’s no potential. You’re not going to get any money out of it.’ If you’re a lone inventor forget about it. Because when they steal it, you can’t do anything about it.

“If that’s the case, all the lone inventors will disappear. They’ll dry up. We’ll get no more of these new innovative inventions and technologies. That’ll be all gone, and that will impact our economy. It will mean all those new inventions won’t create all those new jobs. Patents give inventors an incentive to develop new important ideas, which allowed us to go from agriculture to the moon. The innovations in spacesuits, innovations in computers, innovations in aerodynamics, and individuals coming up with these creative ideas and putting their ideas together lead to doing amazing things. Innovation was built into the Constitution. That’s a fundamental idea of the United States.”

James Madison, “Father of the U.S. Constitution,” wrote in the Federalist Papers, “the States cannot separately make effectual provision” for the protection of inventions and thus ensured that it was included, in Article I Section 8, Article 8: “To promote the Progress of Science and useful Arts, by securing for limited Times to Authors and Inventors the exclusive Right to their respective Writings and Discoveries.”

It is time to eliminate laws, Supreme Court rulings and PTAB decisions that have adverse effects on inventors and their patents. Only then will the American Dream survive.

As Nikola Tesla said, “The progressive development of man is vitally dependent on invention.” And, invention is a huge part of how America grew and prospered. 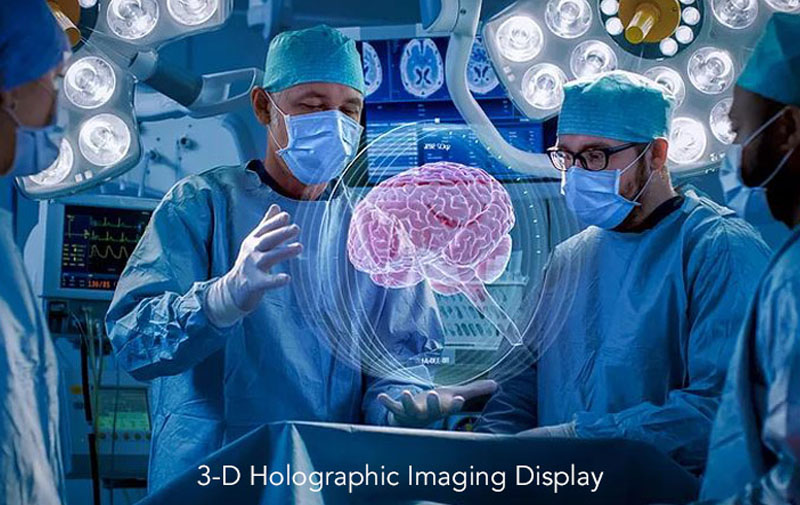