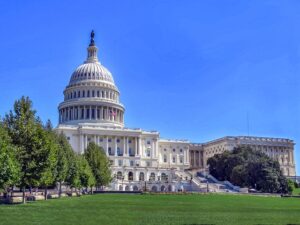 Inventors and their supporters made a good showing in this week’s Senate debate over legislation to help the U.S. compete with China in innovation. We are calling it a success as our efforts contributed to Majority Leader Schumer postponing debate until the Senate reconvenes on June 8. As a result, we can rest and reflect on this Memorial Day Weekend.

I, for one, am thankful that we have a heritage and hope of a government of the people, by the people and for the people.

Senators Patrick Leahy (D-VT) and Thom Tillis (R-NC) head the Senate Subcommittee on Intellectual Property which is responsible for our patent laws. Aware that their anti-inventor agenda could not survive hearings and debate in their own committee, they resorted to a backroom deal with Majority Leader Schumer to make major changes to the patent laws via a series of amendments to the Endless Frontier Act.

Instead of empowering inventors to compete with China by “securing to inventors the exclusive right to their discoveries,” as prescribed by our U.S. Constitution, Leahy and Tillis pressed to make it harder for inventors to enforce their rights. 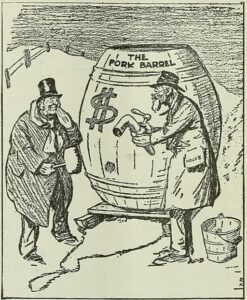 Recognizing that calling for a vote on these amendments would expose their big tech agenda, they made a deal with Senate leadership to slide their SA2093 amendment into the bill without a vote.

Other Senators, likewise, called in favors to load up the bill with their pet projects.

By Friday, May 28, the bill was overloaded with so much pork that no one knew what was in the bill, and it was unclear whether there would be 60 Senators willing to vote for the legislative monstrosity. Rather than risk a failed vote, Senator Schumer postponed the matter until June 8.

We succeeded in blocking the FIRST THREE Leahy-Tillis amendments that would have made it easier for infringers to attack inventors.

The FOURTH Leahy-Tillis amendment contributed to overloading the bill resulting in postponement.

While there definitely was a measure of success in what we did, this was not a clean victory, as the measure to further harm inventors, SA 2093, remains in play.

Nevertheless, we have become very effective in being able to stop bad legislation. The Innovation Act in 2015, the elimination of functional claiming in 2019, and the CBM extension in 2020 are a few examples.

Our ranks are growing.

More and more inventors and those who support American innovation are stepping up as we continue to effectively demonstrate, as the old adage goes, there is strength in unity.

For those who have mobilized – it is working and worthwhile, please redouble your efforts.

For those of you who have not made this a priority – now is the time, we cannot do it without you.

In the coming weeks we will have opportunities to advance legislation to roll back the most harmful parts of the America Invents Act of 2011. Please make sure that you are enlisted and ready to answer the call.

If you have not done so, please sign the Inventor Rights Resolution to be kept up to date on our continuing fight to restore the rights of inventors and small business innovators.