Inventor and Patent-Holder Randy Landreneau Named President of US Inventor 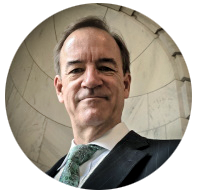 ALEXANDRIA, Va., May 30, 2018 – US Inventor announced today that Randy Landreneau, a co-founder of US Inventor and a Board Member of the Tampa Bay Inventors Council, has been named President of US Inventor, an organization working to restore inventor rights and global competitiveness to the U.S. patent system.

“For more than two centuries, America has led the world in innovation because the American patent system protected the intellectual property rights of independent inventors better than the systems of other countries,” Mr. Landreneau said. “That has drastically changed in recent years. Now, an inventor of something significant will very likely lose his or her patents while being rendered penniless in the effort to stop the theft of the invention.

“Innovation has been a key part of American economic success. The loss of the incentive to invent will cause dire consequences for America. I will continue to work with US Inventor to defeat the false narrative of the so-called ‘patent troll,’ a deceptive tale invented by the infringer lobby, and bring the U.S. patent system back to one that is once again the envy of the world, a system that promotes real innovation.”

Mr. Landreneau is an inventor and holds several patents. He is the owner of Complete Product Development, a product design and prototyping company based in Clearwater, Fla. A former President of the Tampa Bay Inventors Council, he was instrumental in the news-making visit of U.S. Patent and Trademark Office Acting Director Joe Matal to a meeting of the Tampa Bay Inventors Council in October 2017.

Mr. Landreneau replaces Paul Morinville, the founder of US Inventor and President since 2013. Mr. Morinville will continue his involvement in the organization as a member of the Board of Directors.

US Inventor, since its founding, has supported the innovation efforts of the “little guy” inventors. We are proponents of “securing for limited times to … inventors the exclusive right to their … discoveries” in order to “promote the progress of Science and Useful arts.” (U.S. Constitution Article I, § 8, Clause 8.) Our broad experience with the patent system, new technologies, and creating companies, gives us a unique perspective.