Juliette Fassett is the co-founder of Happy Products, Inc., and the co-inventor of Flippy, the original multi-angle soft pillow lap stand. She didn’t set out to become an inventor, but as is the case with a lot of successful innovators, she observed that a problem existed and created a unique solution that consumers really like.

Juliette was awarded a patent and was selling the product through Amazon and various catalogs. She wasn’t setting the world on fire, but doing fairly well. Then she made a QVC appearance where she sold $500,000 worth of product in just 13 minutes. Taking notice of Flippy’s success was a company that jumped on her patented product and started selling it without her knowledge or consent. Juliette also found, like other inventors, that large stores had no qualms working with the company that stole the invention rather than the actual inventor.

Excerpt From Ep.8 ‘In The Trenches With Inventors‘ – featuring Juliette Fassett. 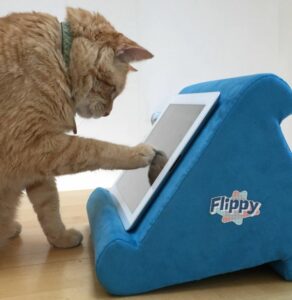 Juliette Fassett didn’t set out to become an inventor. However, similar to many successful inventors, she became aware of a problem and devised a great and innovative solution. At the time, the various products for holding a tablet computer while using it in bed or while lounging all had major drawbacks.

Her creation was Flippy, the Multi-Angle Soft Stand for Tablets, Books & E-Readers.

“As these things happen,” she explains, “I sort of woke up one morning and it just kind of came to me that this is something that might work.”

She founded Happy Products, Inc. and she is the CEO. The firm she runs is a certified Woman Owned Business, that also employs developmentally challenged adults in the warehouse, along with supporting their literacy partner, First Book, through Flippy product sales.

On limited funds, she filed for her patent June 24, 2016 and it was awarded My 9, 2017. By then, Happy Products was selling Flippy through Amazon and a few catalogs. While she wasn’t setting the world on fire, she was doing okay. She had attempted to get Flippy on QVC and had been rejected numerous times.

Then, finally, she got her chance.

“It just exploded from there,” she says.

Noting her success, OnTel, a company that sells on TV, online and to big box stores, jumped on the proverbial bandwagon, copied her patented invention and started selling a cheap and inferior knock-off…without her knowledge or consent, of course.

The first result was virtually destroying Flippy sales on Amazon. From there the infringing copy appeared in Bed Bath ‘n Beyond, then Walmart, then Lowe’s and eventually in pretty much every major retailer. 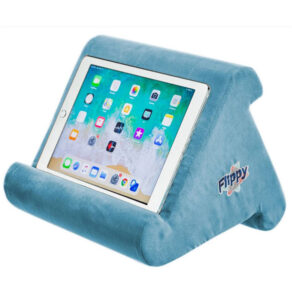 Juliette notes, “OnTel and Telebrands are large companies run by the same family and are well known for knocking off hit products then using their immense wealth to litigate against the original inventors. They copy your product then sell it…If you sue them for IP infringement, they sue you and attempt to invalidate your patent.”

That is a well-known and proven sequence of events for infringers. Because of the America Invents Act of 2011 (AIA) and the establishment of the Patent Trial and Appeal Board (PTAB), an infringer, after being sued by the patent holder, can file for an Inter Partes Review (IPR), an attempt to invalidate (revoke) a patent, and the court case is stayed until the PTAB concludes.

Due to ambiguities and loopholes in the AIA, infringers feel confident they can beat the patent owner in an IPR. Why? Since it was established, 84% of the 3,000 patents the PTAB has reviewed have been invalidated.

Juliette and Happy Products were successful in getting the Ontel product removed from Amazon because of the online giant’s Neutral Patent Evaluation program. However, she estimates that the total lost sales during the two year period the knock-off was being sold on Amazon is “perhaps more than $40,000,000.”

Unfortunately, the OnTel product, as well as other infringers (including one that looks nearly identical boasting the name Flipy), continue to sell their knock-offs online and with many retail shops. “These retailers are complicit,” she claims. “They indemnify these infringers.”

“This was my hit product,” she proudly says. “This is the culmination of working 30 years in consumer products and knowing how to bring things like this to market.”

The events she and her family have lived through the past several years are much more than frustrating. Juliette says, “I’m scared to death we’re going to end up at the IPR and we’re just hanging on by a thread every day.” 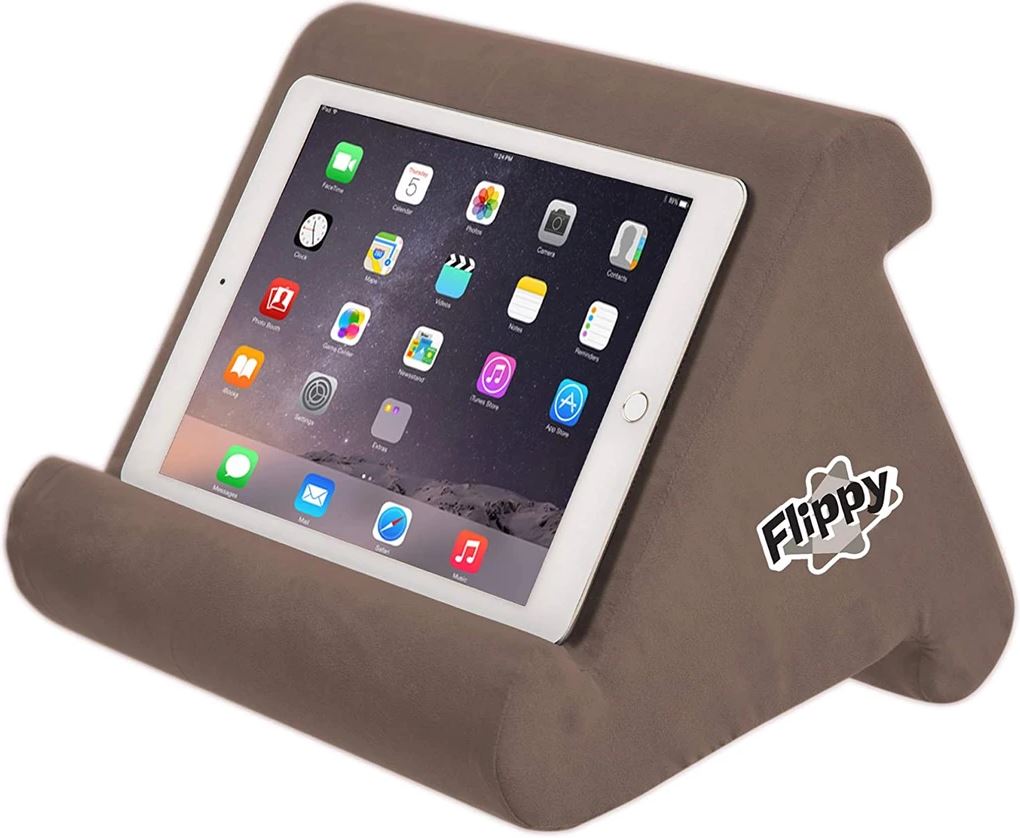 Flippy has accumulated more than 8,000 positive and enthusiastic reviews with a 4.7 out of 5 star overall rating.
We must restore the rights of inventors and disincentivize patent infringement.