Patents used to be a property right, now a patent is a liability

(This article first appeared on IPWatchDog.com) 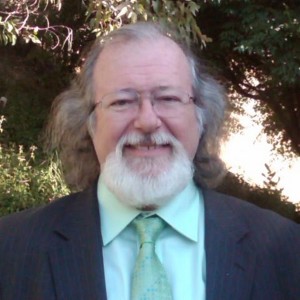 For 35 years my wife and I have made our living for our family as a new product developer, manufacturer and I am an inventor myself.

My wife Amy and I are both ex NAVY, avionics trained. We began our business in San Marcos building 500 microcontroller based/ remote car alarms that I designed from scratch. My friend wrote the code for in our garage. Our product was knocked off by a Korean company within 3 months. I never patented it, so there was little we could do. That was my first lesson in patents.

We are proud parents and grandparents. Our kids grew up in our shops and offices watching their parents living the American dream and helping others attain theirs. Since 1985 in total we have helped develop over 300 new products for inventors, plus my own. In doing so I am a named inventor on 14 issued patents and have filed dozens of provisional patent applications. Many of these patents became commercialized and licensed, winning awards along the way.

I say this not to gloat but to show I know how patents help the small inventor and startup. Having to raise funding all these years has required strong patents. I have been working with some of the top IP firms in the nation to acquire the ones I have.

In an effort to help other inventors I reformed the San Diego Inventors Forum a decade ago and have grown it to be one of the largest inventor groups in the US. As a 501(c)3 our mission is to Motivate, Educate and Network inventors to become successful entrepreneurs creating new businesses and jobs. We hold monthly meetings of around 40 people and I give a no charge one on one mentoring and coaching with 2 to 5 mostly new inventors every Thursday.

At every group meeting we talk about what has happened to patent laws, how that threatens innovation in America and negatively impacts the individual inventor’s life. We are hearing about more cases of inventors losing their incomes and businesses because their issued patents were challenged, which is a direct result of the new patent laws. So to those who think the new laws only impact so-called patent trolls, I can attest to the fact that is simply not true. The new laws have a real and frightening impact on individual inventors who are losing their livelihood.

At the private weekly meetings in my office I am hearing more and more inventors voice their concerns and that the new patent laws are scaring and stopping them. Many are recent retirees that had saved a nest egg to start their new life on an idea they had years ago and always wanted to achieve. That American dream they saved up for is now a nightmare of possible litigation and losses if they file a patent. A patent they believed would be the path to profits is now useless to stop an infringer and could become an expense that takes their retirement away.

I’m also an Entrepreneur in Residence (EIR) at CONNECT. At our Springboard meetings we review new product ideas and help prepare their inventors to present for funding. Investors are becoming wary of investments in startups because they can lose big, which wasn’t the case before the AIA.

Stifling innovation and curtailing investments are the effects of the AIA from what I see and hear. This is infuriating! It is disincentivizing inventors, innovators and investors!

Before last year I have never been an activist or protested anything publically. The AIA issue has change that for me.

I was called and very proud to join the coalition of inventors that flew in to DC to protest H.R.9, which lead to its demise. More recently I was proud to stand and protest with my fellow inventors who protested Congressman Darrell Issa, one of the main supporters of what would be crippling new patent reform legislation.

We are standing to protect the rights of Americans to profit from their ideas. The patent system has been broken and rigged to suit corporations. Stealing IP is cheaper than developing it. You, your kids and our entire society’s future depends on innovation. Curtailing innovation would be to forfeit our economic future. I can’t stand by and see not only my life and my friends lives but our entire way of life be destroyed by patent law changes.

A friend recently asked me if I really wanted to take sides, or if I should remain impartial. My answer was yes! We cannot allow the AIA to proceed. As an inventor, my life is now at risk because of the changes to the patent laws. I have to stand for what’s right. There is right and wrong, and in my humble opinion being impartial is apathy.

I tell all my friends this really is not a left or right issue, it’s an American issue. Your individual rights to own and profit from your ideas are at risk. These rights were a cornerstone of our foundation, specifically mentioned in the Constitution and supported by none other than George Washington, James Madison and Abraham Lincoln, who as an inventor himself understood the patent system stokes the fire of creative genius for the benefit of society.

Patents used to be a property right, now a patent is a liability. That is not how it was a decade ago, and it doesn’t need to be the way it is in the future. Let’s make patents great again!

Adrian Pelkus sits on the Board of Directors for US Inventor.