At US Inventor we are standing up for independent inventors and small businesses whose survival depends on the integrity of the U.S. patent system, including patent trials. A patent is often the only barrier to prevent a multi-billion or trillion dollar corporation from copying superior technology developed by a disruptive startup.

That is why US Inventor joined several small businesses to intervene in a case filed recently in the Northern District of California by Apple, Google, Intel, and Cisco. The case number is 5:20-cv-06128 in the San Jose division – the home court of the tech giants. The defendant in the case is the United States Patent and Trademark Office, headed by Trump-appointee Andrei Iancu. The inventors claim that our patent rights would be impacted and thus we should be permitted to participate in the suit.

The original complaint filed by Apple, et al alleges that recent decisions of the Patent Trial and Appeal Board (PTAB) are procedurally improper and in violation of laws passed by Congress. The PTAB was established by the 2011 America Invents Act, and has since ruled 84% of the 2,800 issued patents they have reviewed to be invalid.

In our view the PTAB is the single biggest threat to inventors and has virtually destroyed the integrity of U.S. patents. Unwitting inventors have discovered that no patent is safe from the PTAB, which is utilized almost exclusively by large corporations to eliminate the patents of smaller competitors. The vast majority of PTAB beneficiaries of the 84% invalidation rate are Fortune 100 corporations, who influenced the implementation of the law and hiring of the “judges”. In one instance an attorney for Apple joined the PTAB as a judge, invalidated patents in 23 of 24 cases in favor of his former client, then went back to work for Apple. Failure of the USPTO to pass rules has created a “wild-west” legal system where the big corporations deputize their cronies in the USPTO to open fire on their inventor enemies.

Ray Perkins is the inventor of a slow-release formulation for agricultural fertilizers, whose patent was recently invalidated by the PTAB. “The PTAB rules give these patent bandits a path to steal technology and ultimately the rules themselves kill incentive for small inventors to  innovate. In the case of World Source Enterprises, those innovations can cure Red Tides, Algae bloom outbreaks and hypoxia in the Chesapeake Bay and Gulf of Mexico. It is bad for American Business and worse for the American Dream” Perkins’ patent is held by his partner company World Source Enterprises, one of the small businesses that joined US Inventor in this suit.

Recently, the PTAB has declined to consider a few challenges on the basis that a duplicate case was underway in a regular court with a jury trial scheduled to conclude before the PTAB could reach its decision. Having filed in excess of 1,000 patent challenges at PTAB, these four tech giants are upset at the recent denials and object to being forced to answer charges of infringement in a regular court before a real judge and jury.

In particular, the Western District of Texas is the new “rocket docket” which promises inventors a trial by jury within 18 months – which is faster than the PTAB. Inventors believe that regular courts are much more fair as well. In response to the recent denials by the PTAB, the tech giants began lobbying Congress and the White House to put a stop to the meager reforms overseen by Andrei Iancu, who was appointed by President Trump to replace Michelle Lee (the former head of patents for Google who led the agency from 2014 to 2017). Their complaint in California asks the court to force the USPTO to accept their PTAB petitions, even when it interferes with an ongoing patent trials case in the Texas court.

The inventors seeking to intervene agree with the tech giants that the procedures at the PTAB are too loose and unpredictable, and that the USPTO is violating the Administrative Procedures Act (and President Trump’s executive orders) which require agencies to promulgate regulations through notice-and-comment rulemaking. The abuses include permitting multiple petitions challenging the same patent, rehashing prior art that the USPTO had already ruled on, and interfering with Article III courts.

The inventors point to the requirement (35 U.S.C. §316(b)) – “In prescribing regulations under this section, the Director shall consider the effect of any such regulation on the economy, the integrity of the patent system, the efficient administration of the Office”. 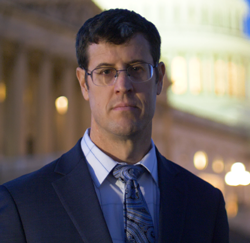 US Inventor spokesman Josh Malone says that this legislative provision is a lynchpin to prevent abuse of the system large corporations that steal technology from smaller competitors – “In the 9 year history of the PTAB, the USPTO has not passed any rules that consider the integrity of the patent system or effect on the economy”. Malone is the inventor of Bunch O Balloons and notes that this violation by the agency added over a million dollars of expense and several years of delay to his dispute with the company that stole his invention. His company Tinnus Enterprises is one of the plaintiffs seeking to join the case regarding patent trials.

While the inventors agree with the tech giants that the PTAB is operating in violation of the law, we diverge on the appropriate remedy. They are asking the judge for an injunction (supported by the declarations of Josh Malone , Hugh Svendsen, and Rob Honeycutt) to force the USPTO to take up patent challenges even when they interfere with Article III Courts. The inventors, on the other hand, ask that the USPTO pass clear rules that will eliminate duplicative conflicting validity patent trials and other injustices that aid large corporations that steal our inventions.

About US Inventor – US Inventor, Inc. (“US Inventor”) is a non-profit association of inventors devoted to protecting the intellectual property of individuals and small companies. It represents its 13,000 inventor and small business members by promoting strong intellectual property rights and a predictable U.S. patent system through education, advocacy and reform. US Inventor was founded to support the innovation efforts of the “little guy” inventors, seeking to ensure that strong patent rights are available to support their efforts to develop their inventions, bring those inventions to a point where they can be commercialized, create jobs and industries, and promote continued innovation.