China’s comprehensive innovation plan includes exploiting our own faulty and inadequate laws and institutions for their gains and our losses. Chinese companies are now leveraging the U.S. Patent and Trademark Office (USPTO) to their advantage, invalidating hundreds of patents – worth billions of dollars – at the Patent Trial and Appeal Board (PTAB). This is accomplished through the use of the Inter Partes Review (IPR), an attempt to invalidate (revoke) previously approved patents.

Since its establishment in the America Invents Act of 2011 (AIA), the PTAB has become the largest barrier for inventors and startups who attempt to bring disruptive technologies to market. The PTAB has rightfully earned its nickname, “the patent death squad,” due invalidating 84% of 3,000 previously granted patents it has reviewed.

Most of the IPR challenges are brought by multinational technology conglomerates, including a large number of firms based in China, against American independent inventors and small business innovators.

As background, the PTAB is significantly different than our traditional legal system, which has an actual, proper judge and a jury, as had been done prior to AIA. The PTAB employs staff Administrative Patent Judges (APJs) who decide patent validity – after the fact, even numerous years after the fact.

The catch? PTAB APJs are not judges. They are typically attorneys from large law firms who have no to very little real technological nor patent examining experience. Yet, these APJs have the complete authority to invalidate a previously issued patent based upon nothing other than the plaintiff’s argument of the invention being “obvious” and based upon some “prior art” that either the Patent Examiner has already reviewed fully or rejected because it wasn’t similar to the patent being attacked.

These patent killing actions occur despite the USPTO Patent Examiner(s), who originally issued the patent, being very highly trained specialists in their field and who may spend anywhere from a year or two – even up to a decade – before issuing a patent, or not. And, statistically, only about 52% of all patents submitted to the USPTO are granted. Based on that one stat alone it would seem that Patent Examiners are effectively doing their jobs.

To game the system, what numerous multinational corporations – including many in China – have done is to convince the APJs to newly define, or re-define, the claims made in a patent by the inventor in some other manner than did the original inventor and examiner. The next step is to apply hindsight – breaking down the invention into several parts and then concluding that it “would have been obvious” by a “person of ordinary skill” to combine the bits and pieces to come up with the invention. Of course every invention is built upon pre-existing components, materials, and principles. That’s why in the Constitution inventions are referred to as “discoveries.” 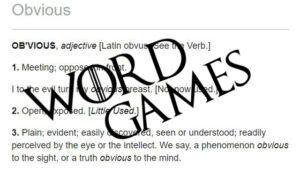 The PTAB technocrats have effectively defined the fundamental act of inventing as obvious.

Allowing a much broader and open interpretation of the language made in patent claims is one of the primary reasons that the PTAB has declared so many previously issued patents invalidated. This practice has become known as PTAB Word Games.

Therefore, our system is allowing far-less qualified PTAB APJs to declare that the specialists who issued the patents are only correct 16% of the time. For a large corporation those are great odds for a chance to steal someone’s patent. Especially since the cost to the infringer is far less, in the long run, than to ethically pay the legitimate inventor and patent owner royalties or a license fee.

How the PTAB is Helping China

Turning our attention back to China, it can easily be seen that Chinese-based firms have, indeed, learned how to easily game our patent system. They have literally used the PTAB to hijack valuable American patents by rendering them invalid through what can best be described as a kangaroo court.

Shenzhen DJI, the spy drone company banned by several agencies, filed several IPRs against an American inventor-owned enterprise, Dareltech LLC, forcing him to abandon his case for lack of resources. Microsoft followed the attack on Dareltech with a petition on behalf of their strategic partner – and real party of interest – Xiaomi, a Chinese firm.

More recently, the Chinese social media giant TikTok is challenging the patents of 10Tales, Inc., an American inventor-owned company who otherwise could enjoin them or dictate privacy terms for the use of their app within U.S. borders.

Peter Keller and Advanced Audio Devices LLC were granted numerous U.S. and foreign patents starting in 2001 (first filed in 1997). Beginning in 2005 AAD licensed rights to over two dozen consumer electronics firms, including some of the world’s largest, to use their technology. For nine years it was a pretty smooth ride. A few bumps in the road, but they were fairly quickly resolved. In 2014, instead of licensing the tech, HTC decided to file IPRs against AAD. The end result was AAD’s patents were retroactively invalidated by the PTAB death squad procedure and AAD’s income producing assets were summarily executed, also opening the door to technology theft. This could not have happened prior to passage of the AIA and establishment of the PTAB.

As noted above, ZTE and Huawei combined have, since the establishment of the PTAB, filed more than 240 IPRs to invalidate American-invented patents in their quest for world technology leadership. In one case, Big Tech giant Google joined their Chinese partner companies to invalidate the GPS navigation software patent created by San Diego firm InfoGation.

However, more than just invalidating patents and basically stealing tech, numerous critics of both Huawei and ZTE have claimed that the networking equipment of the two firms could be used by China for espionage. After lengthy investigations, the Federal Communications Commission (FCC) last year officially designated Huawei and ZTE as national security threats (CNBC, June 30, 2020).

In all these cases and more, the USPTO, through our current flawed patent system, is jeopardizing and – in most cases – transferring valuable assets from the United States to China.

Allowing PTAB APJs to systematically destroy what our Founders guaranteed in our U.S. Constitution is, in reality, criminal.

Article I, § 8, Clause 8 of our U.S. Constitution states: To promote the Progress of Science and useful Arts, by securing for limited Times to Authors and Inventors the exclusive Right to their respective Writings and Discoveries. Our recent laws, regulations and court decisions no longer protect our inventors. Quite. The. Opposite.

The actions by the PTAB have devastated American businesses, caused financial ruin to inventors and their families, and destroyed the once mighty American Dream, while economically and technologically strengthening foreign states, as well as emboldening Big Tech and other serial infringers to steal what they could not create.

There must be changes made to, or the elimination of, the AIA and the PTAB to stop the avalanche of patent invalidations to American independent inventors and small business innovators and the resulting huge transfer of wealth and tech to multinational conglomerates, many of which, as stated, are based in China.